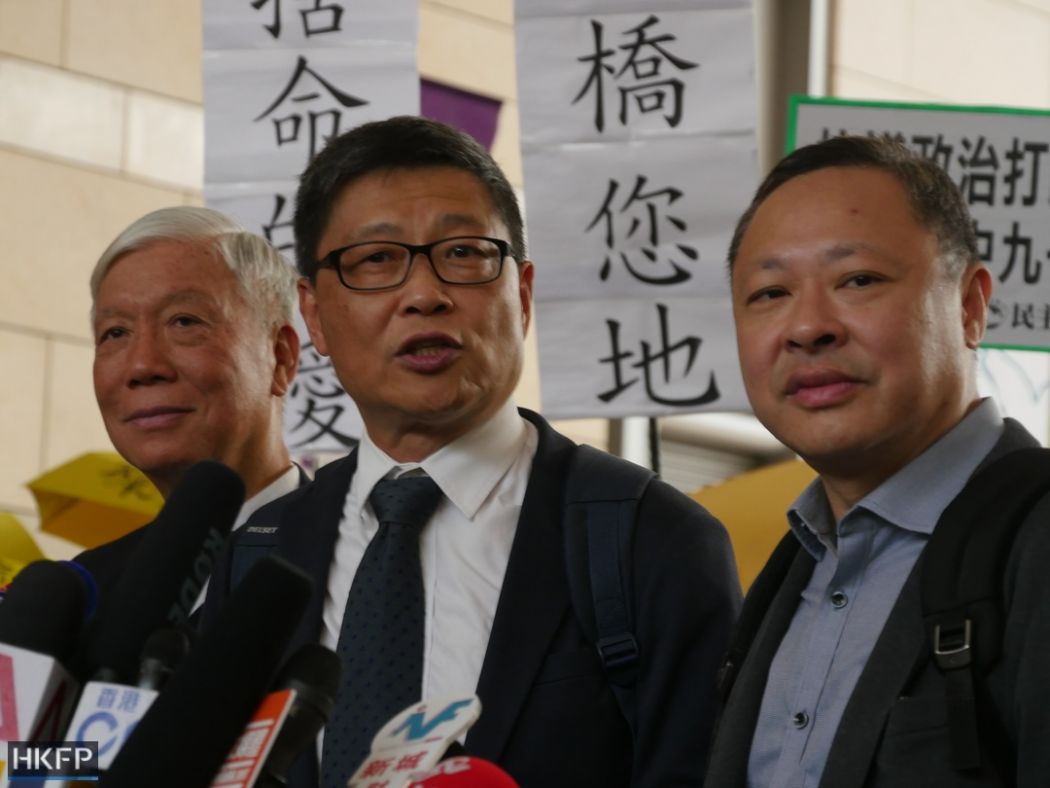 Nine leading activists of Hong Kong’s 2014 Umbrella Movement have been convicted under colonial-era “public nuisance” laws, concluding one of the city’s most politically charged trials in years. The nine may face up to seven years in prison. They include the famous “Occupy Trio”—legal scholar Benny Tai, sociology professor Chan Kin-man and Rev. Chu Yiu-ming. The Umbrella Movement was the biggest pro-democracy protest in Hong Kong’s history, during which thousands occupied Admiralty, Mong Kok and Causeway Bay from September to December of 2014. (HKFP, BBC News)  In a sentencing statement, Rev. Chu Yiu-ming said: “[M]y heart tells me that with this defendant’s dock, I have found the most honorable pulpit of my ministerial career… We have no regrets… We do not give up ” (HKFP)