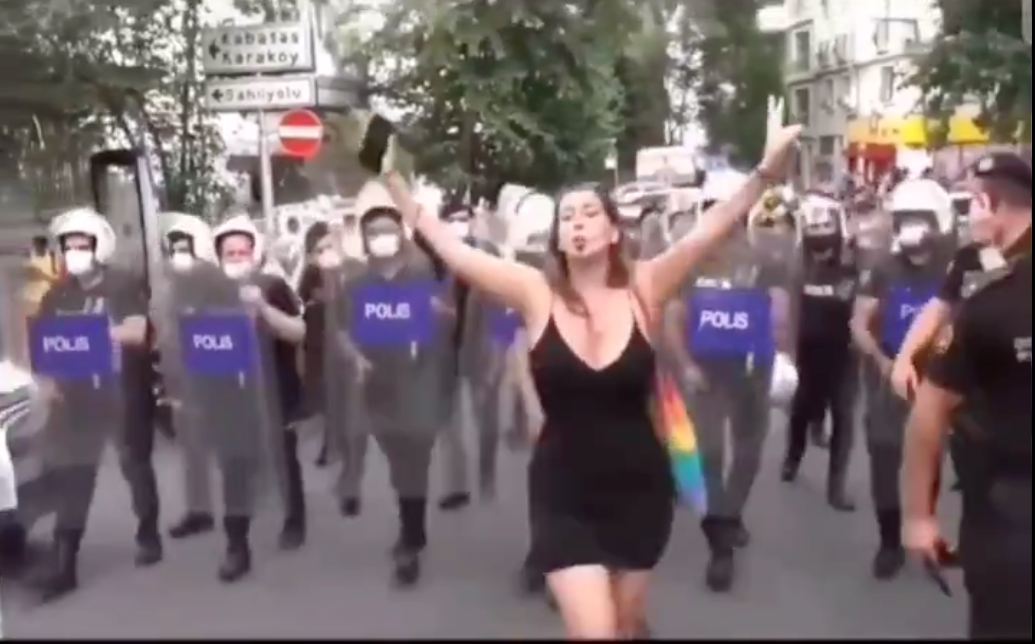 On June 27, Turkish riot police used tear-gas and rubber bullets to disrupt Istanbul’s annual pride parade after the the governor’s office refused to grant a permit for the event. The police arrested dozens of marchers, as well as journalists who were covering the event. The police attack comes amid a period of mounting hostilities against the nation’s LGBTIQ+ community. The pride parade has been held annually since 2003, despite being officially banned since 2014. Videos shared on social media show hundreds of people gathered on Istiklal Avenue, a popular tourist destination, chanting “Rainbow is not a crime, discrimination is.”

President Recep Tayyip Erdogan, who voiced support for the LGBTQ community prior to being elected, and senior members of his government have recently voiced strong anti-LGBTIQ+ sentiment in an effort to appeal to more conservative voters. In early 2021, President Erdogan was widely condemned for comments made in an address to members of his government where he claimed that “there was no such thing as LGBT” and labeled LGBT student protestors as “terrorists.”

While the government stands by the police action as a justified response in line with COVID-19 protocols, advocacy groups believe, in line with recent government behavior, it was another method of silencing the LGBTIQ+ community.

From Jurist, June 28. Used with permission.

Note: Earlier this year, Turkey wthdrew from the Istanbul Convention on violence against women, on the specious grounds that it promotes homosexuality.