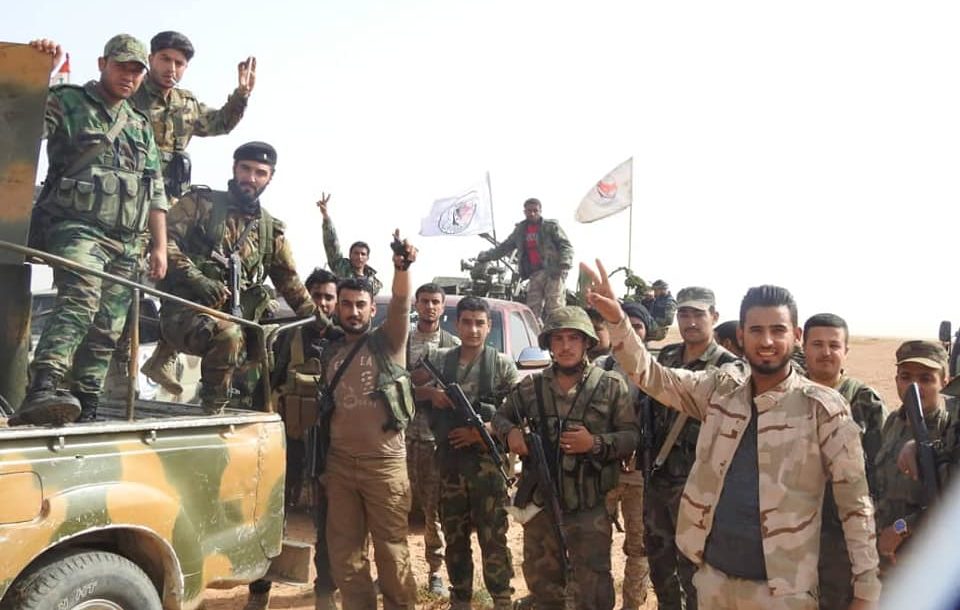 Baghdad’s irregular Hashd al-Shaabi militia has joined with the National Defense Forces, one of the Assad regime’s paramilitary militias, to conduct “sweeps” along the Iraqi-Syrian border for remnant ISIS cells. “The Syrian Army and the National Defense Forces in Deir Ezzor in cooperation with the Iraqi Army and [other Iraqi] forces, are participating in combing the border strip between Syria and Iraq, departing from the city of Al-Bukamal towards the outskirts of the Tanf oil field,” an NDF statement read. These are both sectarian Shi’ite formations backed by Iran, which has a massive military presence in Syria and has also been backing Iraqi pro-government forces against ISIS. (Defense Post)

The use of such sectarian militias has been concomitant with widespread abuses of the Sunni population of the region. Human Rights Watch is now urging the Iraqi government to reject a plan for the indefinite detention of whole families with suspected ISIS affiliations. Baghdad’s Orwellianly named “National Reconciliation Committee” presented the plan to Prime Minister Adil Abdul-Mahdi, calling for the internment of up to 280,000 people, primarily women and their children. Under the plan, the Migration & Displacement Ministry is to build or repurpose residential compounds outside of cities to house the families.

“The Iraqi government proposal to confine alleged families of ISIS members not only violates international law but is also contrary to the government’s stated aim of reconciling populations post-ISIS,” said Lama Fakih, deputy Middle East director at Human Rights Watch. “Detaining families not accused of any crimes is a form of collective punishment that will fuel resentment and put the lives of thousands of people on endless hold.”

Amid all this, a ghastly case from the height of the US occupation of Iraq has resurfaced in the news, providing a reminder of how Iraq got into this horrific situation. President Trump last week issued a pardon for a former US soldier who shot to death a naked Iraqi prisoner. Lt. Michael Behenna, a platoon leader in the 101st Airborne Division, was convicted of unpremeditated murder and sentenced to 25 years for killing a suspected insurgent at a detention center in Iraq in 2008. Behenna, who stripped Ali Mansur Mohamed and interrogated him at gunpoint before shooting him, nonetheless claimed he acted in self-defense. His term had already been reduced to 15 years when he received parole in 2014. (The Independent)