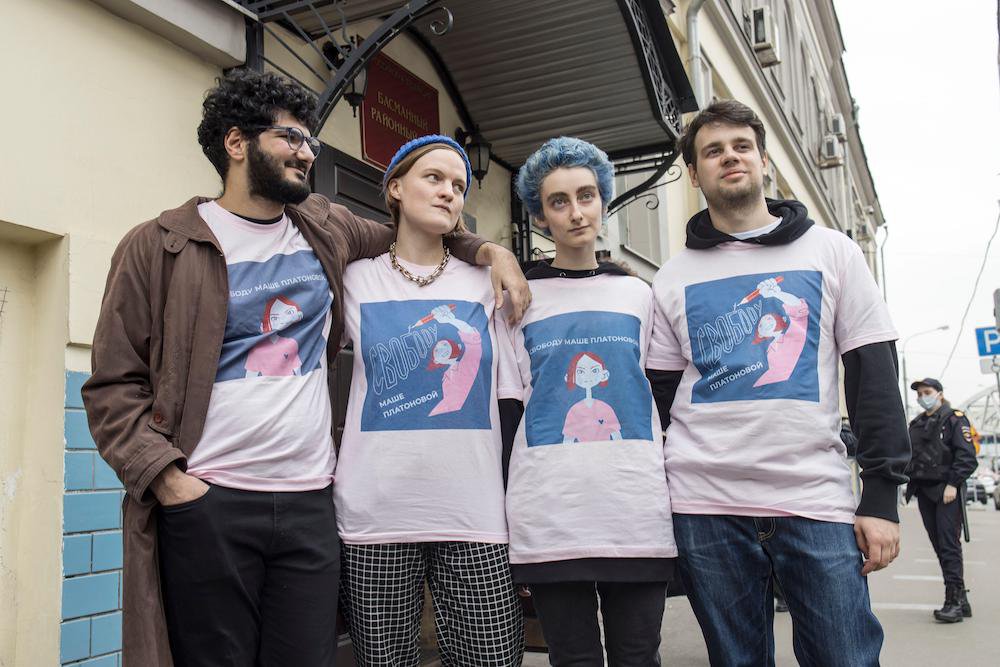 Four journalists who worked for the independent Moscow student magazine Doxa were sentenced to two years’ “correctional labor” April 12 over an online video in which they defended the right of young Russians to engage in peaceful protest. The four—Alla Gutnikova, Armen Aramyan, Natasha Tyshkevich and Volodya Metelkin—had been under house arrest for nearly a year after being detained for posting the three-minute video on YouTube. In the video, posted in January 2021, they asserted that it was illegal to expel and intimidate students for participating in demonstrations in support of imprisoned Kremlin critic Alexei Navalny. Prosecutors claimed that the video encouraged the “involvement of minors” in anti-Kremlin protests, leading to the arrest of over 100 people under the age of 18 in the demonstrations then sweeping Russia.

Under Russian law, those handed “correctional labor” sentences must pay the government up to 20% of their wages if they are employed. If they are unemployed, they must work at jobs assigned by the prison service during the term of their sentence.

The four journalists were detained in April 2021 for questioning by the state Investigation Committee. Their homes and the Doxa offices were also searched in the raids. (The Guardian, openDemocracy, RFE/RL)

See our last report on the fast-escalating crackdown on dissent in Russia.