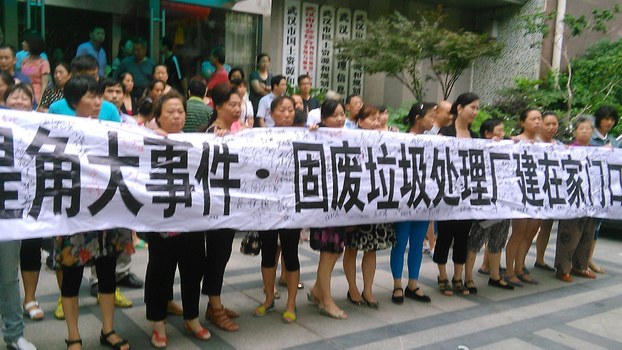 Hong Kong protesters stormed and occupied the city’s legislative chamber on July 1, which marked the 22nd anniversary of the handover from British to Chinese rule. The protesters, many wearing helmets, spray-painted the walls with slogans including “Oppose Chinese colonialism.” But some, at least, betrayed a nostalgia for the earlier colonialism. Hong Kong Free Press writes: “A British colonial flag—often used in protesters—was also unfurled at the president’s chair.” And sure enough, the former colonial power has emerged as defender of the protest movement. UK Foreign Secretary Jeremy Hunt warns China of “serious consequences” over the Hong Kong repression, and will not rule out sanctions, BBC reports.

All of this is convenient to China’s propaganda that the Hong Kong pro-democracy movement is a foreign-inspired neo-colonialist enterprise. A Chinese Foreign Ministry spokesman said of Hunt: “He seems to be fantasizing in the faded glory of British colonialism and in the bad habit of gesticulating while looking down on other countries’ affairs.” Comments of course eagerly jumped on by Kremlin state media outlet RT. And a line also parroted by organs of the idiot left in the West, and even some “progressive” leading lights such as the odious Max Blumenthal.

Meanwhile, a city in central China was rocked by protest just days before the latest rowdiness in Hong Kong.  On June 28, residents of Yangluo district in Wuhan, Hubei province, took to the streets to oppose the construction of a “waste-to-energy” plant. An estimated 10,000 protesters chanted “Give us back our clean environment”—before being set upon by the riot police,  leading to the detention of some 20. Photos of the repression circulated on Weibo, with “netizens” across China condemning the repression. (The Diplomat, RFA)

The fears of the Wuhan residents are real. The ongoing wave of industrial disasters in China is testament to the atmosphere of unregulated capitalism in the “communist” state. Six people were killed in an explosion at the Xumei Biotech plant in Weishi, Henan province, on June 26. (BioSpace) Executives at the Tianjiayi chemical plant in Chenjiagang, Jiangsu province, were arrested in March after a massive explosion killed more than 70 people, injured hundreds more, and polluted areas up to several kilometres away. (SCMP, CLB)

The Wuhan protests barely made headlines in the West. But such “mass incidents” (as they are called in official parlance) are a growing phenomenon in China—urban anti-pollution protests as well as wild-cat strikes in the industrial zones and demonstrations by peasants trying to keep hold of their village lands now threatened by both industrial and real-estate development. How long before the widespread but scattered protests across China manage, despite the restrictions on communication and independent organizing, to coalesce into a nationwide movement for land, ecology and democracy?

Nobody is even asking this question, and so much is riding on it for the whole planet’s future. And it is also critical to the ultimate odds for success by the Hong Kong protesters. Solidarity with pro-democratic forces on the mainland is what holds out hope for restraining Beijing’s dictatorial agenda for Hong Kong. Looking to Britain for protection is a hindrance to any such solidarity. So is the hardcore “localist” stance among some of the Hong Kong protesters, that seeks independence rather than a democratic China.

It is easy to criticize from the other side of the planet (we readily acknowledge). Still, we would be very encouraged by any signs of Hong Kong-Wuhan solidarity.

Photo  of Wuhan protest via RFA