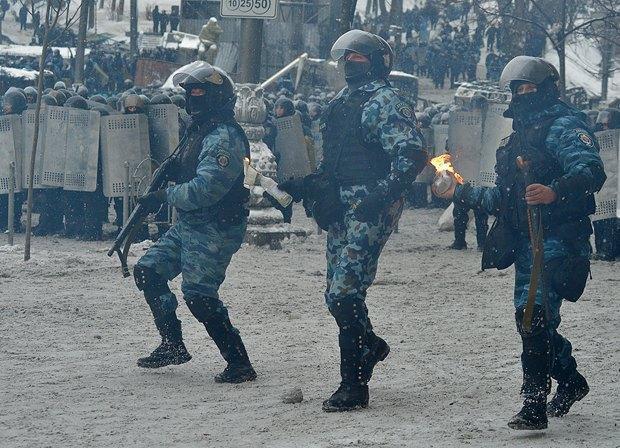 Activists in Ukraine are protesting a judicial ruling they say defers accountability in the massacre of protesters during the Maidan Square occupation of 2014, popularly known as “Heaven’s Hundred.” Five ex-officers of the Berkut, the former regime’s now-disbanded political police, faced charges of killing 48 protesters and wounding 80 others during the February 2014 repression. Another 21 sought in the violence, also members of the Berkut’s elite Black Company, managed to escape to Russia after the fall of the Viktor Yanukovich regime later that month, and some are now believed to have been incorporated into paramilitary groups by the Vladimir Putin government. The five were ordered released from custody by the Kyiv Court of Appeals on Dec. 28—among the 200 prisoners freed in a swap between the Ukrainian authorities and Russia-backed separatists in the eastern Donbas region. Their release was protested in an open letter to President Volodymyr Zelensky by the group Families of the Heaven’s Hundred Heores, who asserted that it violates international law. Lawyers for the families went on a 13-day hunger strike in November in protest of the cases being dropped for the impending swap.

Activists also assailed the prisoner swap as “unequal”; the separatists released 76 detainees to Kiev, while Ukrainian authorities released 124 to the self-proclaimed Donetsk and Luhansk People’s Republics in the Donbas region. The exchange comes after Putin and Zelensky held their first face-to-face talks in Paris on Dec. 9. The swap took place Dec. 29, and authorities in Kiev and Moscow say another one might be in the works. (EuroMaidan, Al Jazeera)