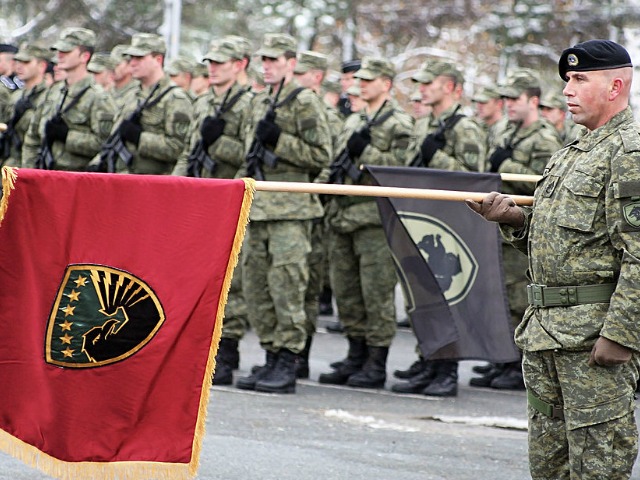 The Parliament of Kosovo approved a package of bills on Dec. 14 that will allow Kosovo to form a military and defense ministry. All three bills—one establishing a Defense Ministry, one that converts the limited Kosovo Security Forces (KSF) into a professional army, and another that regulates service in the forces—garnered convincing majority votes in Kosovo’s 120-seat legislature, with 101, 98 and 96 yes-votes respectively. Notably absent for the vote, however, were the Parliament’s ethnic Serb MPs.

The Government of Kosovo’s decision to pursue the formation of its army through the legislative process rather than through constitutional amendment was strategic. Because an amendment would require not only a two-thirds majority vote in the Parliament but also the the approval of two-thirds of the 20 seats held by non-Albanian MPs, ten of which are held by ethnic Serbs, a constitutional amendment would have been unattainable.

Serbia will seek an urgent session of the UN Security Council over Kosovo’s decision to form an army. It holds that the adoption of these laws amounts to a violation of the Kosovar Constitution (PDF), written and adopted by the Provisional Self-Governing Institutions in Pristina and UN Security Council Resolution 1244 that brought the conflict in Kosovo to an end in 1999. According to Serbia, the only armed force allowed in Kosovo is the NATO-led Kosovo Force, tasked with peacekeeping in accordance with Resolution 1244.

Kosovo’s Prime Minister Ramush Haradinaj after the vote told reporters that the army of Kosovo will always be in favor of peace and never used against citizens of Kosovo, whether in the north or south. (Kosovo’s north is majority-Serb, and south majority-Albanian.)

The laws will provide the legal framework for the transformation of the KSF into a full state military over the next 10 years.

From Jurist, Dec. 14. Used with permission.

Note: The KSF was built on the Kosova Liberation Army (KLA), which was formally disbanded after the end of the conflict in 1999. Ramush Haradinaj is a former KLA commander who faced war crimes charges at the International Criminal Tribunal for the Former Yugoslavia over his role in the war in the 1990s. He was acquitted in 2012. Russia has joined Serbia in demanding an emergency Security Council session over Kosovo’s move. Senior officials in Albania have meanwhile praised Kosovo’s decision. (IBNA, IBNA)