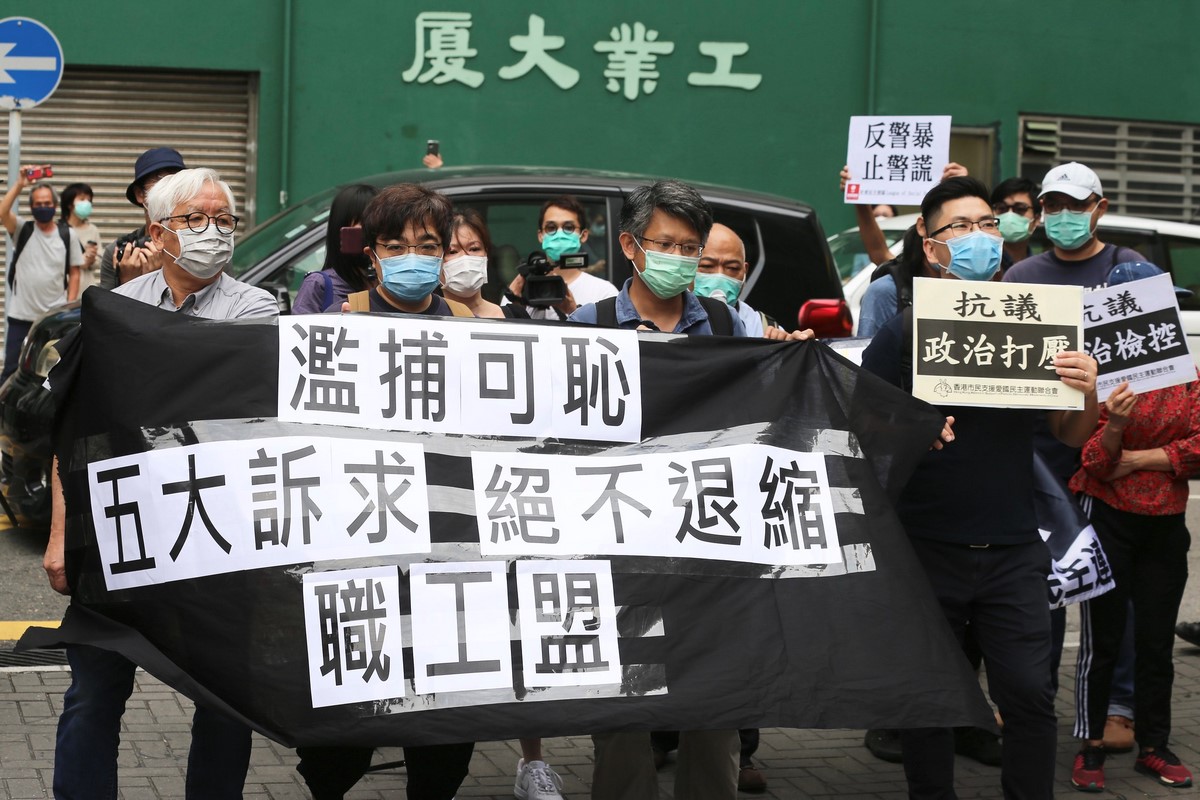 The arrests are apparently related to demonstrations on Aug. 18 and Oct. 1, 2019. During the August protest, demonstrators occupied main roads following a large-scale assembly at Causeway Bay’s Victoria Park. During China’s National Day on Oct. 1, the police declared demonstrations to be “riots,” making the organizers subject to criminal charges. The incidents came amid months of “leaderless” demonstrations against a now-withdrawn extradition bill.

Following the arrests, activists gathered outside Cheung Sha Wan police station to protest. Police on the scene warned the crowd that they may be in violation of the Prevention & Control of Disease ordinance, which bans public gatherings of more than four people. The group chanted protest slogans such as “Hongkongers resist!” and “Five demands, not one less”—a reference to the five demands of last year’s protest movement. (HKFP)