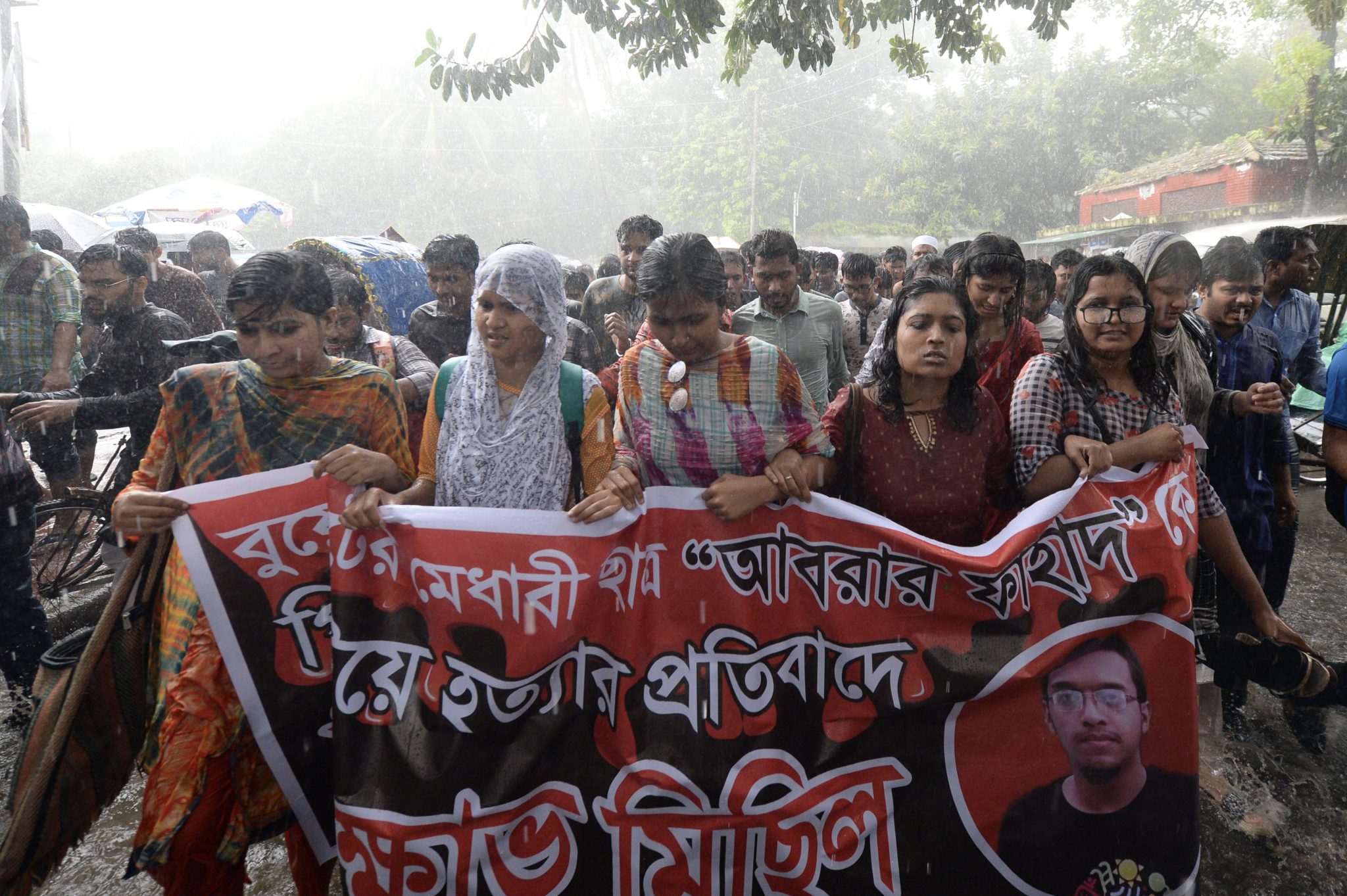 Thousands of university students have held protests in Bangladesh, blocking roads in Dhaka and Rajshahi, since the Oct. 6 killing of an undergraduate student, Abrar Fahad, who was beaten to death at the prestigious Bangladesh University of Engineering Technology (BUET). Several campus militants of the Chhatra League, youth wing of the ruling Awami League, have been arrested in the slaying. BUET administrators initially said Fahad died while being “interrogated” on suspicion of belonging to the Islami Chhatra Shibir, youth wing of the Jamaat-e-Islami, an oficially banned opposition group. But protesters say what was really at issue was Fahad’s recent Facebook post critical of a water-sharing agreement just signed between Bangladesh and India during Prime Minister Sheikh Hasina’s visit to New Delhi. Under the agreement, signed one day before the murder, India is granted the right to withdraw 1.82 cusec (185,532 liters per hour) of water from Feni River.

Apportioning the waters of Feni, Ganges, Brahmaputra and other rivers shared by the two nations has long been a point of contention between Bangladesh and India. Despite recent moves to protect these rivers, flow is now gravely threatened by the receding of the Himalayan glaciers due to climate change. (BBC News, The Guardian, The Thrd Pole, Al Jazeera, AFP, Daily Star, Bangladesh)