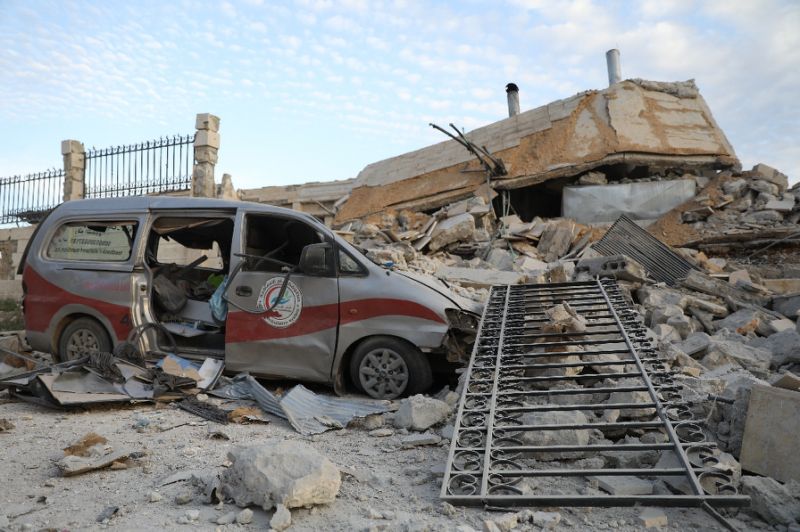 The Assad regime and allied militias, backed by Russian air-strikes, this week launched the long-feared offensive on Idlib, the northwest Syrian province that is the last under rebel and opposition control. The offensive places at risk the lives of more than 4.5 million civilians. Just this month, a further 150,000 people have been forced to flee their homes in Idlib, joining the ranks the displaced. The UN has previously warned that an assault on Idlib could cause “the worst humanitarian catastrophe the world has seen in the 21st century.” At particular risk are 350,000 people living in displacement camps, who have no protection from the bombs. The more recently displaced are now without any shelter on lands near the Turkish border, which Ankara has shut to prevent a refugee influx.

The so-called “demilitarized sone” in Idlib has been breached by the fighting. According to the Syrian Expatriates Medical Association, a Turkey-based relief organization, at least three hospitals in Idlib have already been bombed out of commission, leaving smaller health facilities struggling to cope with the influx of wounded.

In January, the hardline Hayat Tahrir Sham (HTS), which was never covered by the supposed Idlib “ceasefire,” captured much of the province from other rebel groups, providing the justification for the offensive. But cvil resistance forces continue to be active on the ground, and have even organized protests against HTS rule in some areas. (Idlib Lives, EA Worldview, EA Worldview, Syrian Observer, TRT World)

Following a recent reorganization of UN aid operations in Syria, relief work is now centralized in Damascus, which could impede aid deliveries to rebel-controlled areas.