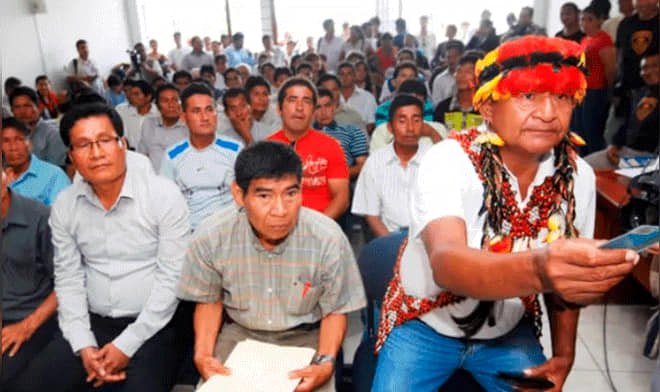 More than 10 years after the Bagua massacre in the Peruvian Amazon, sparked when National Police troops attacked a roadblock by indigenous protesters, a magistrate at the penal chamber of Peru’s Supreme Court of Justice on Jan. 31 absolved 53 of the protesters, who had faced criminal charges. A lower court had cleared the accused protesters, all indigenous Amazonians, in September 2016. Last year, the high court confirmed this ruling on charges of homicide, assault and theft of police firearms. But charges of riot, disruption of public services and illegal firearm possession remained outstanding until this second decision.

Peru’s Legal Defense Institute (IDL), which represented the defendants, also called on the Supreme Court to review the light sentences given to six National Police officers, including three generals, who were convicted by a police tribunal in relation to the Bagua massacre but are now all free.

Another 25 indigenous Amazonians continue to face criminal charges in the Station 6 case, in which an oil pipeline pumping station was seized by protesters after the Bagua massacre and the police troops there taken hostage, with 11 of them killed. The events happened in the context of a regional uprising across the Peruvian Amazon over plans by the government to massively open the rainforest to oil development. (IDL, IDL, Jan. 31)