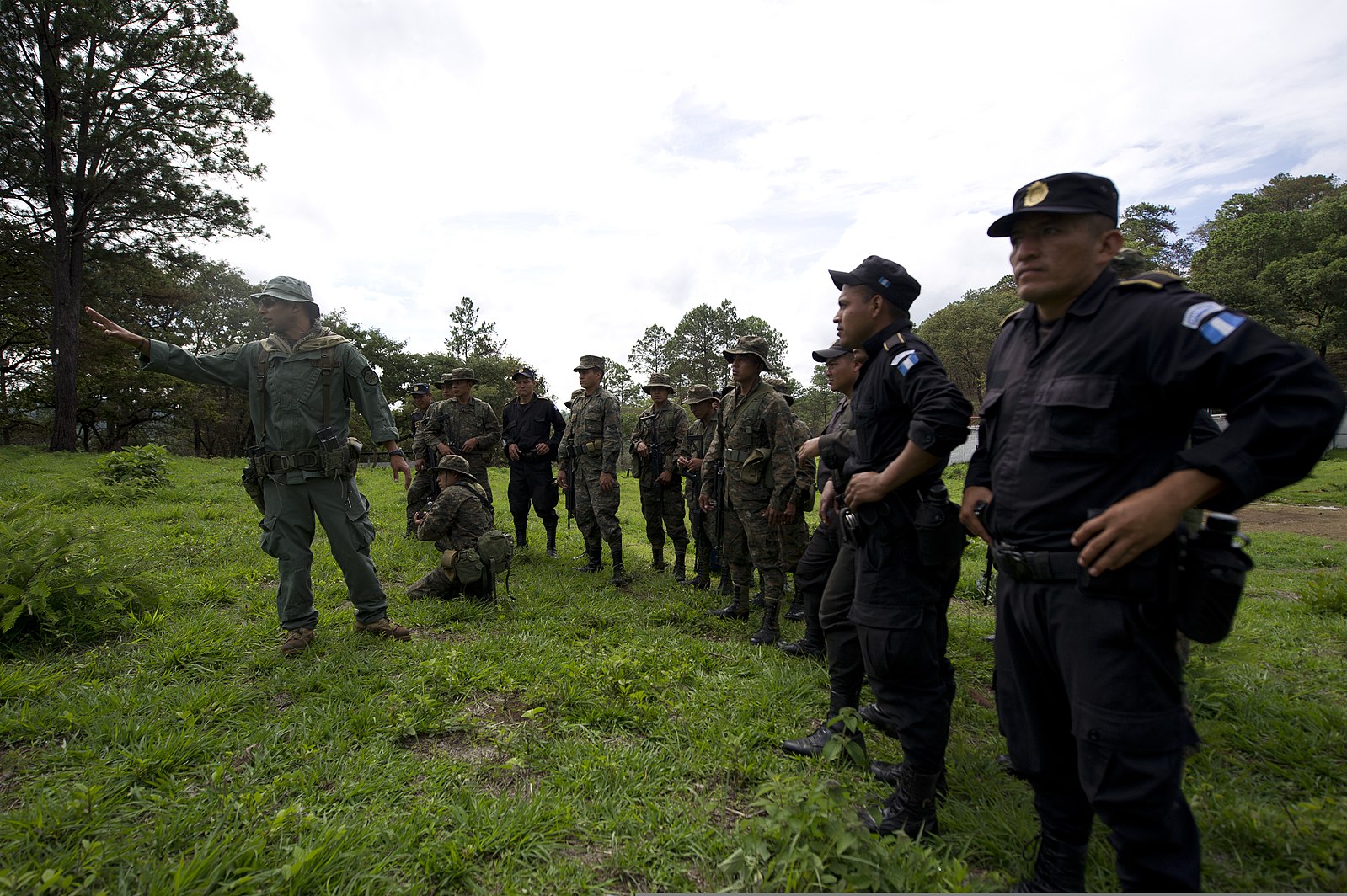 The Biden Administration recently came to agreements with Mexico, Honduras, and Guatemala to increase their border enforcement. These agreements aim to reduce the number of migrants who are able to make their way to the US-Mexico border by extending American border defense thousands of miles south of that border. And they do so in a very American fashion—through deterrence achieved by militarizing borders. Now, the US is outsourcing the militarization to other nations.

According to White House Press Secretary Jen Psaki, Mexico agreed to keep 10,000 troops at its southern border, Guatemala will add 1,500 police and military personnel to its southern border and set up 12 checkpoints along the migratory route through the country. Honduras will deploy 7,000 police and military to its border. Subsequent reports indicate that the US has agreed to train members of the Guatemalan task force that will be deployed to the country’s borders. What the US has offered in return, or promised not to do, in exchange, for these commitments is unclear.

The agreements are the latest effort by the United States to address the varying but continual flow of migrants arriving (many of them without authorization to enter) at its southern border. Most are from Mexico and the so-called Northern Triangle countries(Guatemala, Honduras, and El Salvador). These migrants are driven north by a combination of economic insecurity, violence, crime, governmental failures, COVID, natural disasters and environmental stress, and hope for a better life in the United States.

Under President Trump, a combination of anti-immigrant rhetoric, increased enforcement and resources, policies that kept asylum seekers out of the United States, and COVID-induced reductions in mobility, all decreased the number of arrivals. The Biden Administration has kept in place a Trump-era policy blocking the entry of many non-citizens “in the interest of public health,” and initially maintained President Trump’s historically low number of annual refugee admissions.

Yet, in recent months, more migrants have arrived at the southern border. Indeed, Customs & Border Patrol has reported more enforcement actions in the first six months of FY2021 than it conducted in all of FY2020. This increase has included a huge number of unaccompanied minors (children under 18 who arrive without a legal guardian). The government reported encountering nearly 19,000 unaccompanied minors in March 2021. Not only was this double the number from the previous month, it was the highest number ever recorded in a single month.

This surge has renewed political pressure on the US government to do something—or, at the very least, to appear to be doing something—about a “surge” of migrants arriving at the southern border.

The Biden Administration agreements are the latest in an ever-increasing militarization of migration control. After more than a century of mostly open borders (with notable exceptions such as the Chinese and Asian exclusion), the US gradually strengthened its border defense beginning in the mid-twentieth century. The militarization took off almost 30 years ago when the US launched a strategy along its southern border known as “prevention through deterrence.” This strategy aimed to reduce the flow of migrants entering the US by making the journey more difficult, if not deadly. The government devoted increased resources along the border to walls and fences, and increased personnel outfitted with military technology, funneling traffic to the scorching desert and high-elevation mountains. As the 1994 Border Patrol Strategic Plan recognized, those “crossing through remote, uninhabited expanses of land and sea along the border can find themselves in mortal danger.”

These measures, further enhanced today by night-vision technology, underground sensors, and drone surveillance, did not put an end to unauthorized migration. Instead, migrants have turned to increasingly expensive and exploitive guides, and take ever-more dangerous routesto and across the border. As documented in the film Which Way Home, these migrants have included unaccompanied children traveling the length of Mexico on their own.

The results have been as tragic as they were intentional and predictable: migrants have died in the thousands making the journey. Indeed, because the number of unauthorized border crossers has decreased since the 1990s while annual deaths have increased, the likelihood that a border crosser will die has jumped significantly.

Despite the strategy’s failure to stop unauthorized migration and its deadly impact, the reported agreements represent a continuation of prevention through deterrence. When asked about the agreements, White House press secretary Jen Psaki stated unequivocally that “the objective is to make it more difficult to make the journey and make crossing the borders more —more difficult.” But this time, instead of building bigger walls and putting more military equipment and technology at the US border, the United States is outsourcing the militarization to Central America.

This is a misguided and profoundly callous response. Military troops and police—wherever deployed—will not prevent migration. That migrants will risk already their lives to make the journey shows that they will not be deterred by an increased chance of detection and detention. At its best, deploying troops is a highly visible and incredibly expensive, but largely ineffective, policy response to migration. At its worst, they will trap people seeking to escape dangerous situations and increase their chances of suffering or death.

Remember—many migrants headed north out of the Northern Triangle and Mexico are fleeing almost unimaginable levels of crime and violence. In some areas, there is no apparent governing authority; narco-traffickers and gangs are in control. Those not leaving because of crime and violence are moving out because they cannot support themselves or their families. There are either no jobs available, or there is only work that does not pay a living wage.

Responding to people fleeing violence, corruption, and economic insecurity by confining them in the dangerous and unlivable places they are trying to flee is cruel. The cruelty is made ever more so by the reality that tens of thousands of these migrants are unaccompanied children.

The Biden Administration would be much wiser to focus its efforts on pro-development and stabilization efforts in Mexico and Central America that will do more to address the living conditions that drive migration.

The Senate’s $4 billion plan to promote “the rule of law, security, and economic development in Central America” isn’t perfect. It won’t stop migrants from heading northward. But it’s a more humanitarian response that is more likely to address the current surge.

This story first appeared May 7 in Jurist. Used with permission.