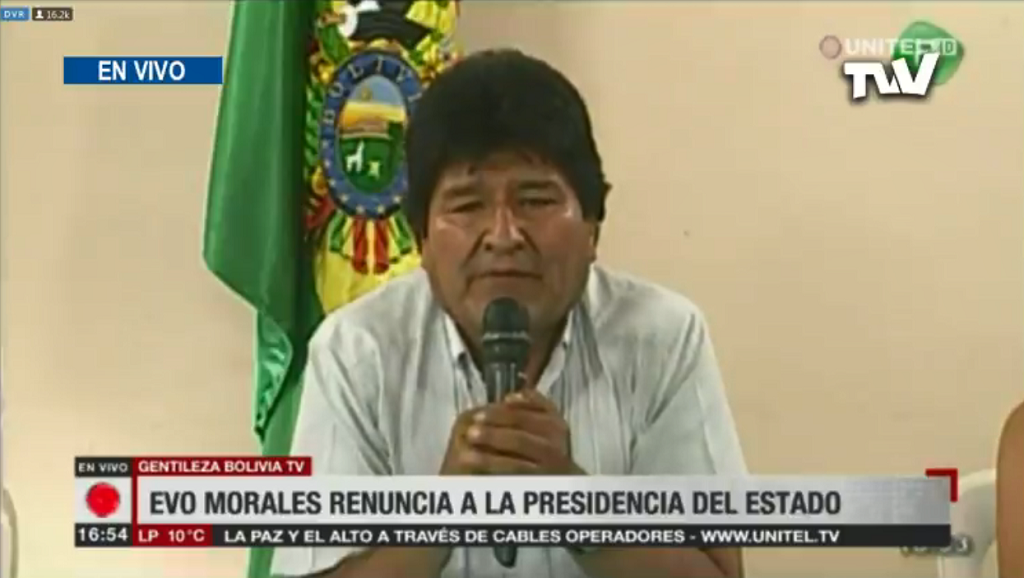 Bolivian President Evo Morales dedicated a new international military academy, which will seek to counter the influence of the US and Pentagon in the developing world.

Argentina's last dictator, Reynaldo Bignone, and other former military officers were sentenced to prison for their roles in Operation Condor in the 1970s.

Hillary Clinton is assailed for saying the 2009 Honduran coup “actually followed the law.” Overlooked in the same interview is her call for a Central American “Plan Colombia.”

Official commemorations of the 1989 popular anti-austerity rebellion come amid new protests over economic agony in Venezuela—and regime accusations of a coup conspiracy.

While many in the US seemed shocked by the Senate's torture report, some US media wrote honestly about the "direct line" from torture in Latin America to the post-9-11 version.

Without losing their anti-militarist focus, the annual School of the Americas actions also protested the US government's enforcement-only approach to immigration.

Just when the child migrant "crisis" is drawing attention to abuses by US-trained Latin American military officers, local police are trying to close down the annual SOA protest.

US officials designate the arrival of unaccompanied children at the border a security problem–and scramble to shift blame from Washington's own failed "drug war."

A former Salvadoran defense minister was given awards by the US in the 1980s, but now a US immigration judge finds that the general's war crimes make him deportable.

Mayor de Blasio's closed-doors meeting with the American Israel Public Affairs Committee (AIPAC) plays into the worst stereotypes about Jews. So no thanks, Bill.