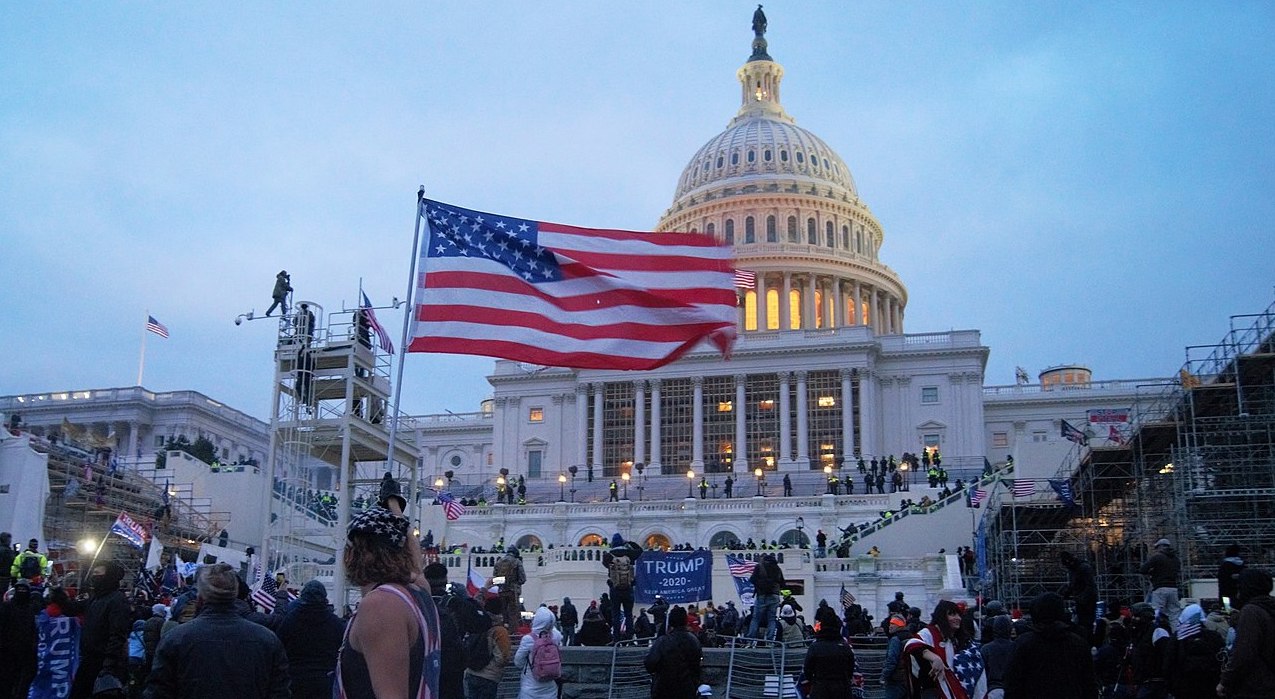 Americans were shocked by the January 6 storming of the US Capitol by the Proud Boys and other right-wing mobs and militia. International observers and some US politicians began referring to the country as a “banana republic”—a derogatory statement referring to banana-producing countries in Central America with histories of unstable and corrupt governments. Latin Americans generally have had more experience with and can more easily recognize thuggish behavior and its danger right away, be it from the left or the right. They therefore have been at the forefront in taking multilateral and region-wide action to promote and protect democracy.

The Western hemisphere in fact designed a process to collectively defend against threats to democracy like the one just faced by the US: the Inter-American Democratic Charter. This Charter could be invoked now to warn about the dangerous precedent set by an elected president refusing to accept the results of an electoral defeat and inciting violence to distort or prevent a peaceful transfer of power.

The Democratic Charter built upon the previous decade of experience using the June 5, 1991, Santiago (Chile) Declaration of the Organization of American States (OAS), which first asserted the principle that the OAS could intervene in countries experiencing a military coup against an elected government. The OAS invoked the Declaration to react to democratic threats four times in that decade: in Haiti (1991), Peru (1992), Guatemala (1993), and Paraguay (1996).

The Santiago Declaration, however, did not lay a plan of action on how to respond to coups and other democratic threats. It did not prevent the abuses of the Alberto Fujimori government in Peru, starting with his dissolution of Congress and takeover of the judiciary in 1992 and ending with his unconstitutional run for a third term in 2000. Therefore, after Fujimori’s ouster, Peruvians proposed the Democratic Charter to replace the general principle of the 1991 OAS Resolution with a comprehensive policy.

The Charter was signed in Lima, Peru, by US Secretary of State Colin Powell and 33 other members of the Organization of American States on September 11, 2001—the same day the World Trade Towers were attacked in New York. It allows the OAS to respond not only to classic threats against sitting elected leaders, such as military coups, but also threats to democracy from elected leaders, such as refusing to recognize the separation of powers or refusing to accept term limits or election results.

The Democratic Charter spells out essential elements of representative democracy, including the separation of powers and independence of branches, human rights, elections, rule of law, and transparency. If one of those elements is violated, the Charter lays out a roadmap for the hemisphere to help a country restore the democratic order.

The Democratic Charter was informally applied first in Haiti, three months after its passage, following an attack on the Haitian national palace and reprisals against opponents of the Lavalas government of President Aristide. The OAS then invoked the Charter more formally in reaction to the short-lived coup against Hugo Chávez in 2002, when the OAS foreign ministers condemned the alteration of the constitutional regime and sent the Secretary-General on a fact-finding mission to help restore democracy.

Article 17 of the Charter says that a country at risk can itself request assistance, as the Nicaraguan president did in 2005 when the Congress was attempting to impeach him in a political contest. Article 20 says that any member state or the Secretary-General can call a meeting of the Permanent Council ambassadors if they see a potential threat in a member country to the essential elements mentioned above.

The OAS Permanent Council can then assess the threat and decide if a violation has occurred and what action to take—such as diplomatic efforts to facilitate dialogue or mediation, or monitor elections or human rights violations. If the situation remains unresolved, the OAS foreign ministers can decide to continue diplomatic initiatives or to suspend a country from membership with a two-thirds vote.

Since the November 3, 2020 election, President Trump has engaged in elements of an auto-golpe, a “self-coup” similar to what we have seen in Latin America when a president rejects the authority of legitimate constitutional checks and balances in an attempt to bolster his own power. Trump did not try to close Congress and control the courts, as Alberto Fujimori did in 1992 in Peru, and he does not have the support of the military in asserting his authoritarian impulses. But he did turn to the levers he thought he could use to unconstitutionally extend his mandate: He enlisted the support of some members of Congress to reject the electoral college votes; pressured state election officials and state legislatures to overturn the results of their own state elections; and incited mob violence to interrupt the certification of his opponent’s electoral victory.

The violent vandalism of the US Capitol was ultimately controlled, as Joe Biden’s election was certified late that same night. The next day, Trump declared he would respect a peaceful transition of power to Biden. Thus, many might say, “it is just twelve more days, let’s just ride it out.” But the authoritarian damage and threats are much deeper, ongoing, and longer-term. The impact of disinformation from government officials, social media and foreign-induced bots about the state of democracy is only getting more threatening.

Trump and some members of his party, as well as social media bots, have withered the confidence of millions of Americans in the electoral process and democracy, delegitimating the authority of government. If their actions go unpunished, the US Congress and government will be setting a dangerous precedent for future leaders or opposition to ride rough-shod over democratic deliberation and constraints on authority.

Invoking the Inter-American Democratic Charter may be symbolic, but it reflects a commitment the United States made with the rest of this hemisphere. Since its signing, the US has played the paternalistic role of the democratic “big brother,” ready to step in to show others how democracy is done. But the United States is not exceptional—these events have made only too visible the basic fact that democracy is fragile, that it demands constant vigilance and principled commitment. A debate and resolution by the OAS to recognize the United States’ vulnerabilities could motivate Americans to courageously address the underlying inequities and structural deficiencies that weaken rather than make more resilient our democracy.

Multilateral action lends legitimacy to criticisms about human rights and democracy. Already, the OAS Secretariat issued a statement on January 6:

The OAS General Secretariat condemns and repudiates the attack against institutions being carried out today in the United States by protesters who disavow recent electoral results… We urge a return to much-needed rationality and a conclusion of the electoral process in accordance with the Constitution and the corresponding institutional procedures.

Going forward, the stronger OAS actions should be used, even after Biden is inaugurated on January 20. Violent threats remain throughout the USA. And a variety of more subtle but insidious threats remain. Foreign observers from the OAS could document extra-constitutional measures and human rights violations, as well as addressing polarizing disinformation campaigns from a neutral, third-party perspective.

Importantly, an OAS effort to monitor the accountability of President Trump, in light of his intent to pardon himself, would be a deterrent to future authoritarianism in the US. Renowned constitutional law professors, such as Keith Whittington and Akhil Reed Amar, among others, have argued that presidents could be impeached and convicted by the Senate after they leave office, with the punishment being a permanent ban from holding public office.

The Inter-American Charter should be invoked now. Threats to democracy in the US need to be condemned and checked, just as in the rest of the hemisphere, for the sake of democracy throughout the Americas.

Henry “Chip” Carey is a professor of political science at Georgia State University in Atlanta and the author or editor of a dozen books and many articles on international human rights and democratization, and is editor of the Journal of International Organization Studies. His just-published book is an edited volume, Peacebuilding Paradigms: the Impact of Theoretical Diversity on Sustainable Peace (Cambridge University Press).

Jennifer McCoy is a professor of political science at Georgia State University in Atlanta and author of several articles on the collective defense of democracy. She was former Americas Program director at The Carter Center, where she worked in the creation and application of the Inter-American Democratic Charter.