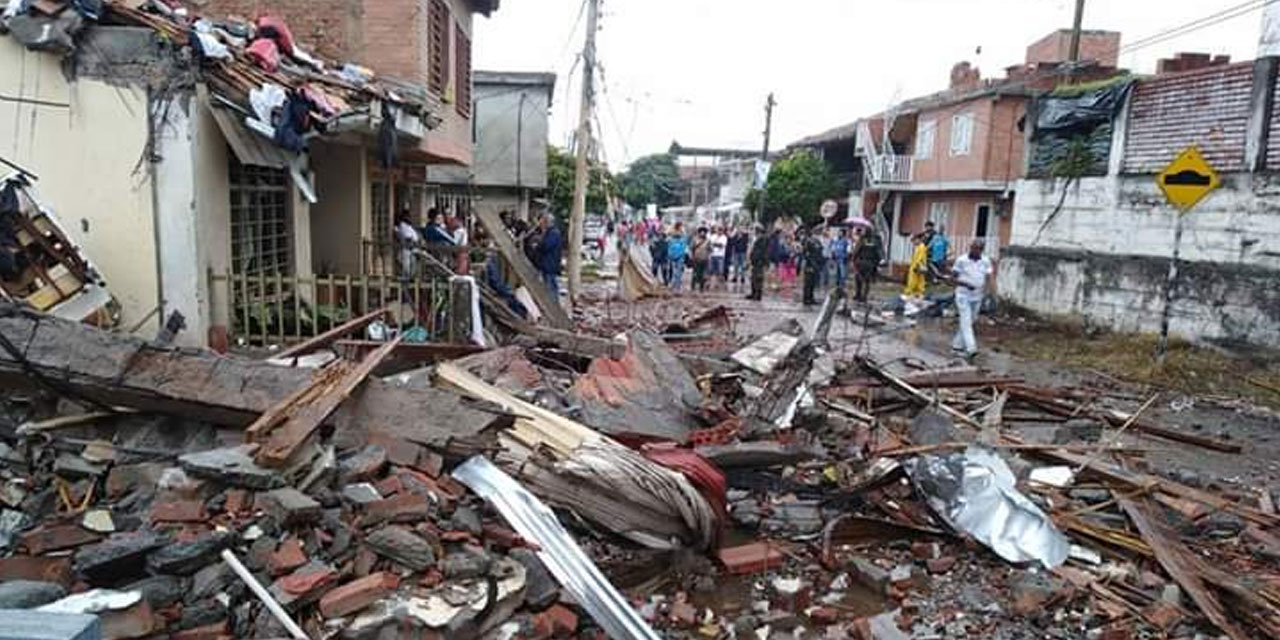 As Colombia’s major cities exploded into protest amid a national strike on the nigt of Nov. 21, a truck-bomb attack targeted a National Police station in the southern department of Cauca, leaving three officers dead. Authorities blamed the blast in the town of Santander de Quilichao on “dissident” elements of the FARC guerillas who have remained in arms despite the peace accords. President Ivan Duque dispatched Defense Minister Carlos Holmes Trujillo and several of his top officials to Cauca after the attack to take stock of the security situation in the department. (El Espectador, Colombia Reports, Nov. 23)

The blast came two weeks after Duque’s previous defense minister resigned amid outrage over an air-strike on a supposed guerilla camp in which several civilians were killed. Guillermo Botero announced his resignation Nov. 6, to avoid a pending “censure motion” by the country’s congress that would have forced him from office. Guerilla commander “Gildardo Cucho” was first said to have been killed in the Aug. 30 raid at San Vicente del Caguán, in the southern department of Caquetá. President Duque said the operation had wiped out a “gang of narco-terrorist criminals,” while Botero boasted that “14 criminals were killed.” But an investigation by Sen. Roy Barreras (himself from the ruling right-wing Partido de la U) found that seven minors were among the slain, including a 12-year-old girl. (Reuters, Colombia Reports, Anadolu Agency, Nov. 6)

A day before the raid in Caquetá, yet another indigenous leader was killed in Cauca, the latest in the ongoing wave of assassination of social leaders in Colombia. Jesús Eduardo Mestizo, a member of the Avelino Ul Indigenous Association, was killed in the Nasa indigenous resguardo of Tacueyó, also the scene of an Oct. 29 massacre of indigenous residents that sparked outrage across Colombia. Mestizo was killed by unknown assailants in an ambush near his home in the corregimiento (rural district) of Loma Linda. (El Tiempo, Nov. 5)