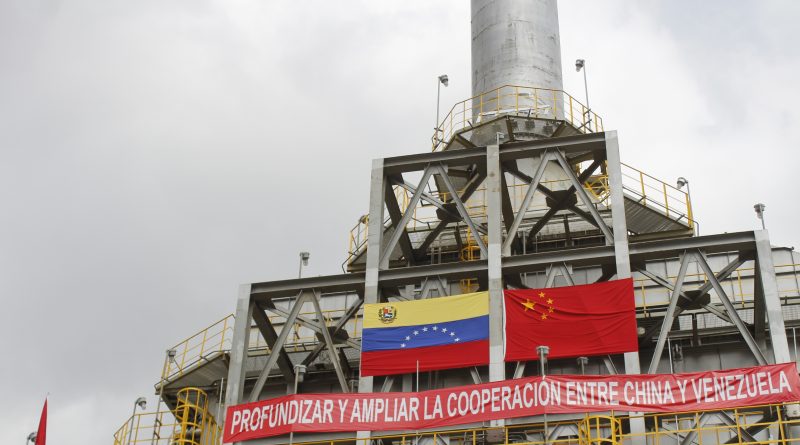 The Venezuelan government has announced an expansion of Chinese investment in the country’s oil industry, with the aim of increasing production by 120,000 barrels per day. The investment, placed at $3 billion, will underwrite the construction of a new oil blending plant inaugurated this month as the first part of the two-stage plan. The “Jose” plant, in Barcelona, Anzoátegui state, is to be run by Sinovensa, a joint venture 49% owned by the China National Petroleum Corporation (CNPC) and 51% by Venezuela’s  PDVSA state oil company. The facility will blend extra-heavy grades from Venezuela’s Orinoco Oil Belt into the exportable Merey crude, primarily for Asian markets. Sinovensa currently produces 110,000 barrels per day, a figure officials say will increase to 165,000 bpd with the addition of the new blending plant. A second stage of the project is projected to increase this figure to 230,000 bpd, but details have been disclosed. (VenezuelAnalysis, Aug. 12)

Last week, following years of tightening sanctions, President Donald Trump announced a full embargo of Venezuela with an executive order barring US companies from doing business with President Nicolas Maduro’s government. The executive order freezes the assets of the Venezuelan government and prohibits any economic transactions with it, unless specifically exempted. Exemptions include official business of the federal government and transactions related to the provision of humanitarian aid. (CNN, Aug. 6)