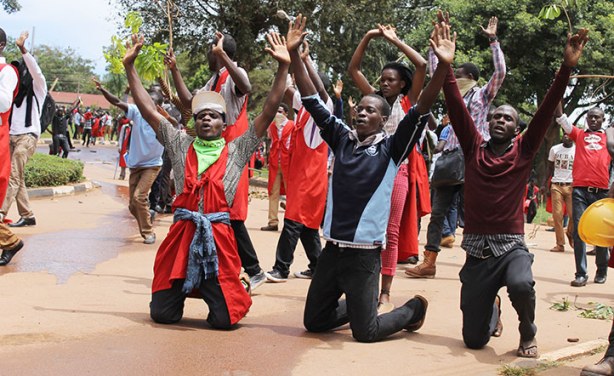 Human Rights Watch (HRW) reported Nov. 4 that the Ugandan police and military have responded harshly to students protesting fee increases at Makerere University in Kampala. Police and military troops have “fired tear-gas into student residences, raided dormitories, and beaten and arrested students.” Security forces have also been arresting journalists and detaining students for days without charge. The demonstrations began Oct. 22, when 12 female students held a campus protest over the fee increases and were arrested. They were released later that day, but one received threatening text messages. The next day, she was reported missing and later found unconscious near the university.

A military spokesperson stated on Nov. 1 that a board of inquiry has been set up to look into the campus violence. HRW demanded a full and transparent investigation.

From Jurist, Nov. 5. Used with permission.