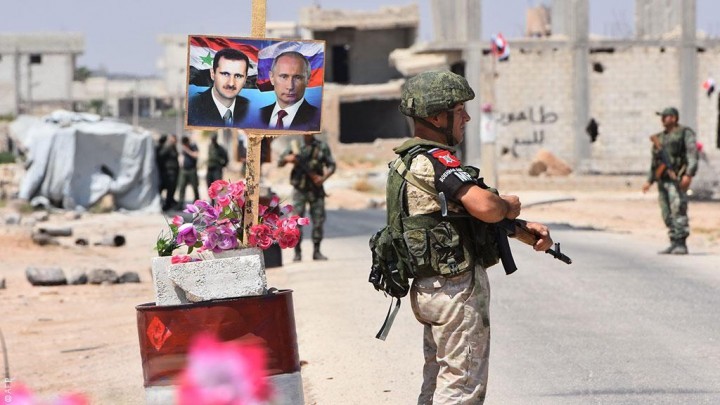 Reports are emerging of a clash between Russian forces and an Iran-backed militia in Syria—pointing to mounting tensions between the two most significant foreign powers backing the Assad regime. At least 11 were killed in the fighting in the city of Aleppo April 16. The clash began near a vegetable market in Khaldiya district, and quickly escalated to the use of heavy weaponry, with ground-to-air missiles fired on nearby areas within the city. At least some of the casualties are believed to be civilians. The militia was unnamed, but Tehran is backing numerous Shi’ite militias in Syria, many made up of volunteers from Iran and Iraq. The clash followed recent Israeli air-strikes on Iranian targets near Aleppo, and Tehran-backed factions apparently accused Russia of green-lighting Israel’s attacks, or even coordinating with Tel Aviv on the strikes. (Syria Call, Middle East Monitor, Arab Weekly)

Iran’s massive military presence in Syria has been instrumental in propping up the Assad regime, a goal shared by Tehran and Moscow. But the increasing Israeli air-strikes on Syria have put Moscow in a difficult position. Putin seems to have brokered an unspoken deal between Assad and Netanyahu, allowing Israel to bomb Syrian territory as long as it only targets Iranian forces. And Tehran now appears to be getting wise to this.