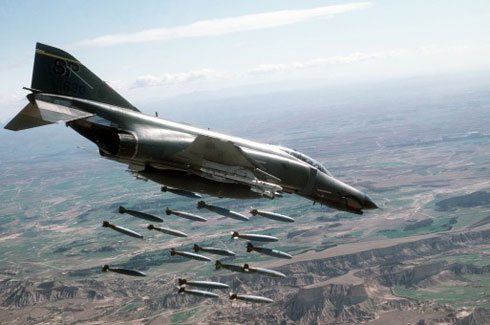 Drone strikes on Sept. 27 targeted positions of an Iran-backed pro-government militia, the Popular Mobilization Forces, in northern Iraq, at al-Bukamal near the Syrian border. Hours later, a second attack struck a base in the Fallujah area used by the same militia force. Reports suggested the strikes were carried out by Israel, which has been stepping up attacks on Iran-backed forces across the border in Syria. (Haaretz, ToI) On Sept. 24, Turkish warplanes attacked the Chamanke area of Duhok in Iraqi Kurdistan, killing a local shopkeeper. Turkey has been for years targeting positions of the Kurdistan Workers Party (PKK) in northern Iraq. (Rudaw) On Sept. 10, US-led coalition forces bombed a supposed ISIS stronghold on Qanus Island in the Tigris River, in Salahuddin province. ISIS fighters who had fled areas re-taken from the group in Mosul and Syrian territory are said to have taken refuge on the island. (Iraq News, Stars & Stripes)