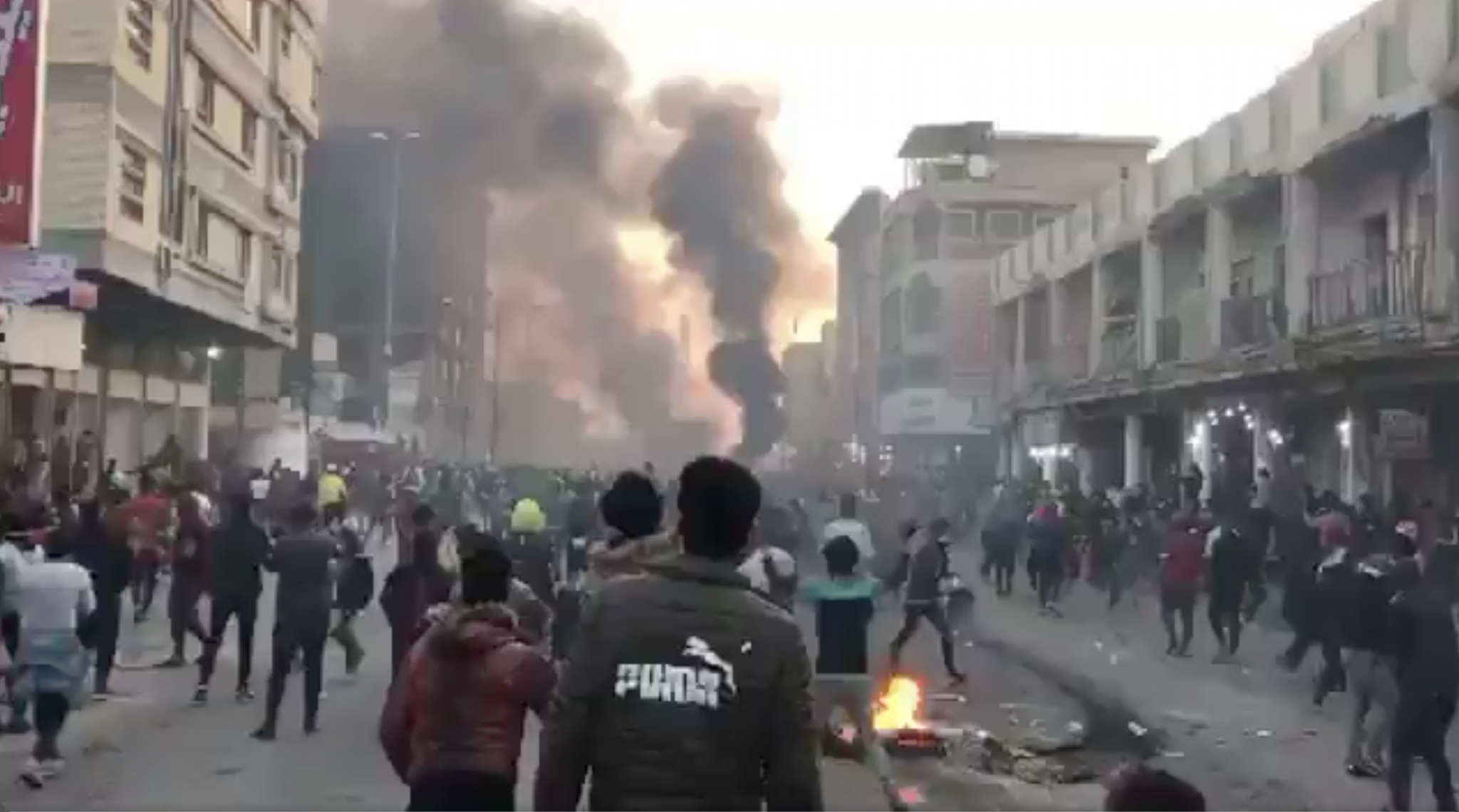 Two protesters were killed and several injured Jan. 10 in Iraq, as security forces attempted to put down a third consecutive day of angry demonstrations in the southern city of Nasiriyah. A police officer was also reportedly killed in street clashes. Anti-government protesters had two days earlier re-occupied Haboubi Square, demanding the release of their comrades arrested in recent weeks. A protest encampment had been in place in the square for over a year until November 2020, when the camp was attacked by followers of Shi’ite leader Moqtada al-Sadr, with several killed. Witnesses said that in the new violence, security forces opened fire to disperse protesters from the square. (Middle East Eye, The National, UAE)

Paramilitary forces have been employed to repress repeated waves of protest in Iraq over the past years. The country faces a fast-deepening economic crisis amid the pandemic-triggered collapse in oil prices.