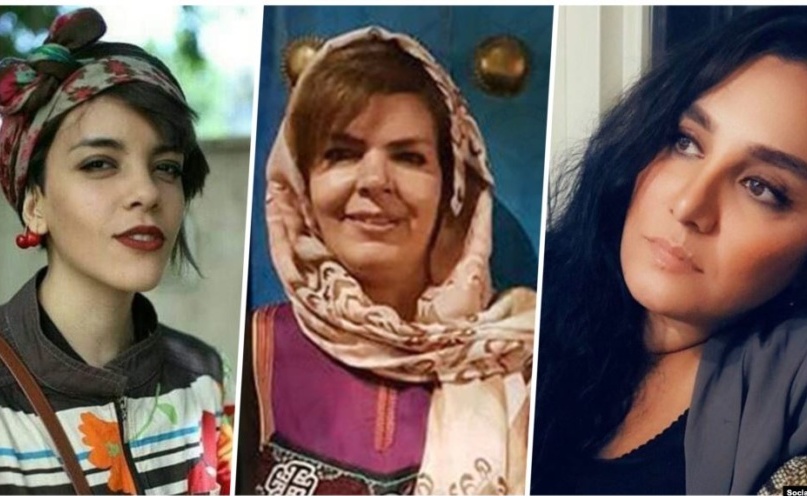 Three women in Iran have been given prison sentences of at least 16 years, for offenses such as not wearing hijab and handing out flowers on a Tehran subway train on International Women’s Day. Civil rights activists Yasaman Aryani, Monireh Arabshahi and Mojgan Keshavarz were condemned July 31 by a Revolutionary Court in Tehran. Each was given 10 years for “encouraging and promoting corruption by de-veiling,” five years for “collusion and assembly to act against national security,” and one year for “propaganda against the state.” Keshavarz was given an additional seven years and six months for “blasphemy.” The attorney for Aryani and Arabshahi, Amir Reissian, said lawyers were not allowed to attend the trials, which were scheduled without any notice. The Revolutionary Court  said no access by attorneys would be granted until an appeal is scheduled. Reissian said that, if the verdict is upheld, his clients will serve at least 10 years behind bars.

Aryani, an actress, and her mother Arabshahi were arrested in early April. Their “crime” was to take off compulsory headscarves and hand out flowers on March 8, International Women’s Day, in a Tehran subway car. Iranian authorities were embarrassed when video of the eventspread on social media.

Aryani had been involved in the White Wednesdays campaign, launched last year, in which women wear a white headscarf in public as a symbolic protest of the compulsory hijab. She was initially arrested in August 2018, with 17 other women and about 50 men, after they helped a woman in downtown Tehran who was thrown to the ground by riot police during protests over economic conditions. Just before her last detention, she was barred from performing at a Tehran theater owned by the Culture & Islamic Guidance Ministry.

Early this year Arabshahi traveled to western Iran to help flood victims. She returned to Tehran on hearing that her daughter had been arrested, and was seized as soon as she arrived at the detention center.

Keshavarz was arrested on April 25. She was transferred to Qarchak Prison, east of Tehran, a week later.

See our last post on the politics of the hijab.