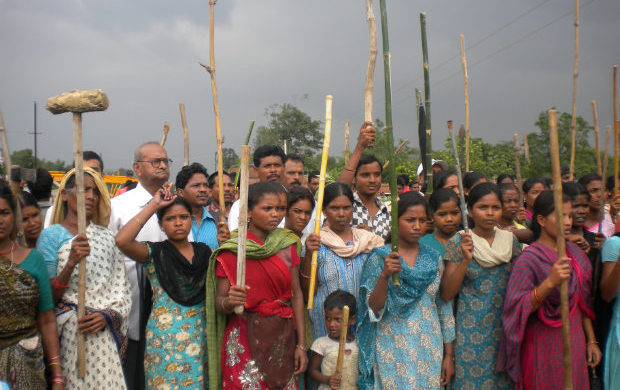 The Bombay High Court on Sept. 13 issued a notice to India’s National Investigation Agency (NIA), directing it to file a reply to the bail plea of Anand Teltumbde, a Goa-based professor and civil rights activist who faces charges under the draconian Unlawful Activities Prevention Act (UAPA) in relation to the notorious Bhima Koregaon case. In the case, dating to 2018, several advocates for Dalits (“untouchables”) and Adivasis (tribal peoples) are accused of links to the Maoist guerillas known as the Naxalites. Fifteen face lengthy prison terms and are still being denied bail. The case was back in the news in July, when a 16th among the accused, Jesuit priest Father Stan Swamy, 84, died in a hospital in Mumbai after taking ill in jail. His medical bail plea was still pending when he expired.

The case concerns the Jan. 1, 2018 Elgar Parishad, or celebration, commemorating the 200th anniversary of the Battle of Bhima Koregaon in Maharashtra state. In the 1818 battle, an army of Dalit foot-soldiers raised by the British East India Company defeated the Peshwas, a military caste of the Maratha Confederacy. The battle has today emerged as a symbol of Dalit pride. At the 2018 Elgar Parishad (literally “declaration assembly,” or “congress for speaking out”), clashes broke out between Dalit and Maratha groups, resulting in the death of at least one person and injuries to several others. In the aftermath, several of the event’s speakers and organizers were rounded up by the NIA, and charged under the UAPA with being Naxalite collaborators. The Naxalites’ Communist Party of India-Maoist is outlawed under the UAPA.

Father Stan Swamy had been a tribal rights activist in Jharkhand for some 30 years, particularly advocating for the land and forest rights of the state’s Adivasis. He had also been demanding implementation of the long-delayed Fifth Schedule of the Indian constitution, which calls for establishment of a Tribes Advisory Council, made up of representatives of officially recognized Scheduled Tribes, to secure their rights and dignity.

In a statement two days before the NIA took him into custody, Swamy protested the “indiscriminate” arrest of thousands of young Adivasis, with authorities unjustly labeling them as “Naxals.”

The NIA charged that Swamy was a member of the Persecuted Prisoners Solidarity Committee, which it considers a front organization of the CPI-Maoist.