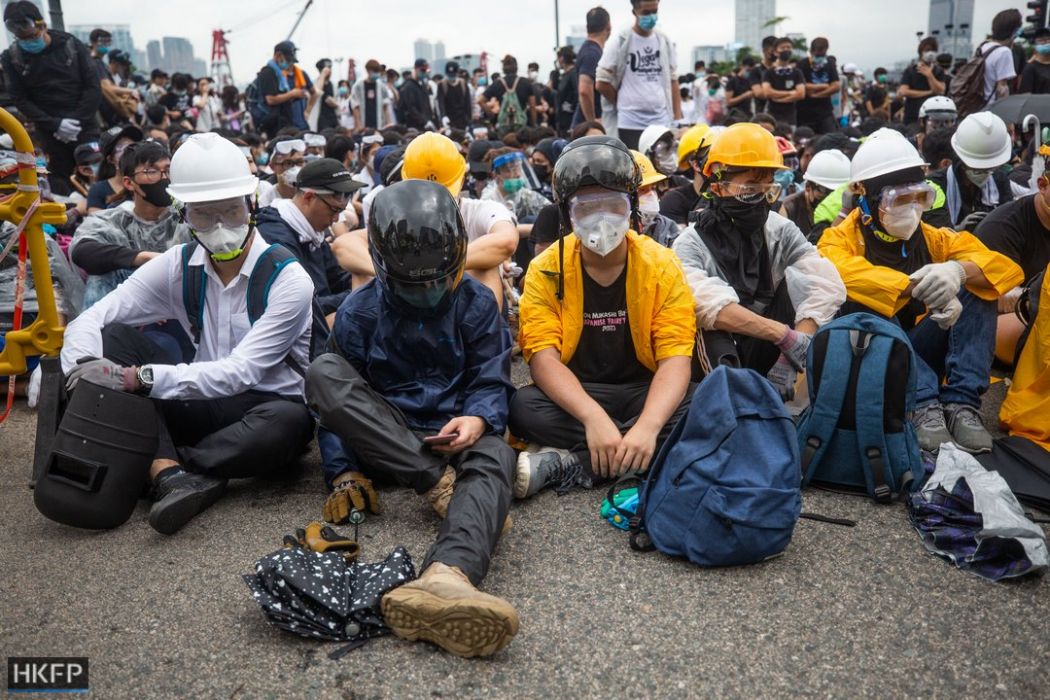 Despite limited victories, leaders of the declaredly “leaderless” protest movement that has brought hundreds of thousands to the streets in Hong Kong over the past weeks pledge to keep up the pressure. The unpopular bill that sparked the protests and would have allowed extradition to mainland China has now been suspended. But six student unions issued a call to escalate protest actions if the government does not respond to their outstanding demands in the coming days. These include that the extradition bill be formally withdrawn, that all charges be dropped against arrested protesters, and investigations be opened into cases of police brutality. Protesters are also demanding that Chief Executive Carrie Lam step down.

“More demonstrations and resistance will happen soon if Carrie Lam does not know what respect means,” said Joshua Wong, an activist who became the face of Hong Kong’s 2014 pro-democracy “Umbrella Movement.” (HKFP, HKFP)

Wong made his statement shortly after being released from prison. He had just served the remaining part of his two-month sentence, as he completed part of it last year before being bailed pending an appeal. He was jailed again on May 16. (HKFP)

In another victory for the movement, a bill that would outlaw denigration of China’s national anthem, March of the Volunteers, has also been suspended. Legislative Council President Andrew Leung confirmed that lawmakers will not take up the national anthem law bill again before their summer break in mid-July. (HKFP)

Hong Kong currently limits extraditions to jurisdictions with which it has existing extradition agreements or to others on an individual basis under a law passed before 1997 transition to Chinese sovereignty. However, the new bill would explicitly allows extraditions from Hong Kong to the mainland, Taiwan and Macau, as government officials claim Hong Kong has become a haven for criminals from the mainland. The bill does specifically prohibit extraditions for political crimes. (Jurist) The bill’s suspension was announced by Carrie Lam  on June 15, three days after protesters were massively attacked by police, with “deep sorrow and regret.” (HKFP)