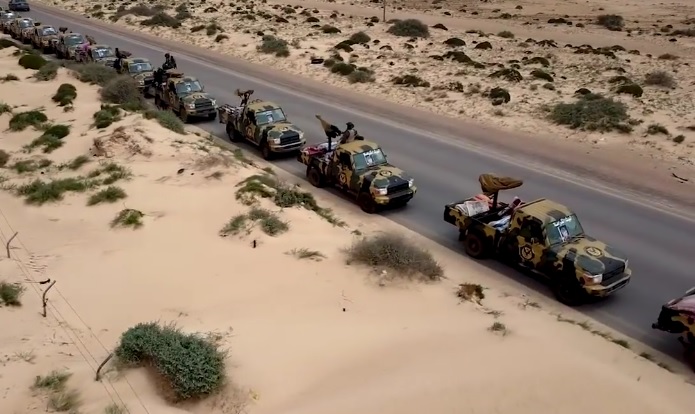 Libya’s weak UN-backed government is bracing for an offensive on Tripoli by the country’s strong eastern warlord Khalifa Haftar, generally referred to as a “renegade general.” Haftar ordered his “Libyan National Army” forces amassed on the outskirts to advance on Tripoli and “conquer” it whether by peaceful means or force. Militias loyal to the “official” government are scrambling to erect defenses. (Libyan Express, Al Jazeera) Tellingly, the newly-formed Western Region coalition of anti-Hafter forces are calling their operation to defend the capital “Wadi [Ouadi] Doum 2.” This is a reference to an airstrip built by Qaddafi in northern Chad to support local rebels, where Hafter was defeated and captured by Chadian government forces in 1987, in an operation backed by French support. (Libya Herald) Today, the tables have turned, and both France and Hafter oppose the rebels fighting the current Chadian government. Several hundred fighters from Chad’s rebel Union of Forces for Democracy and Development (UFDD) were expelled from southern Libya by Hafter’s LNA last month, and reportedly surrendered to the French-backed Chadian military. (Defense Post)

Already backed by Russia, Haftar now appears to be making a bid for French support as the man who can bring stability to Libya. He is now said to have established “delegations” in Paris as well as Moscow. Officially, France is calling for a “de-escalation” in Libya, and continued support for UN political mediation. But a commentary on Middle East Forum writes: “Under Emmanuel Macron France has also been depicted as a supporter of Haftar, or at least more open to his role in Libya since 2017.”