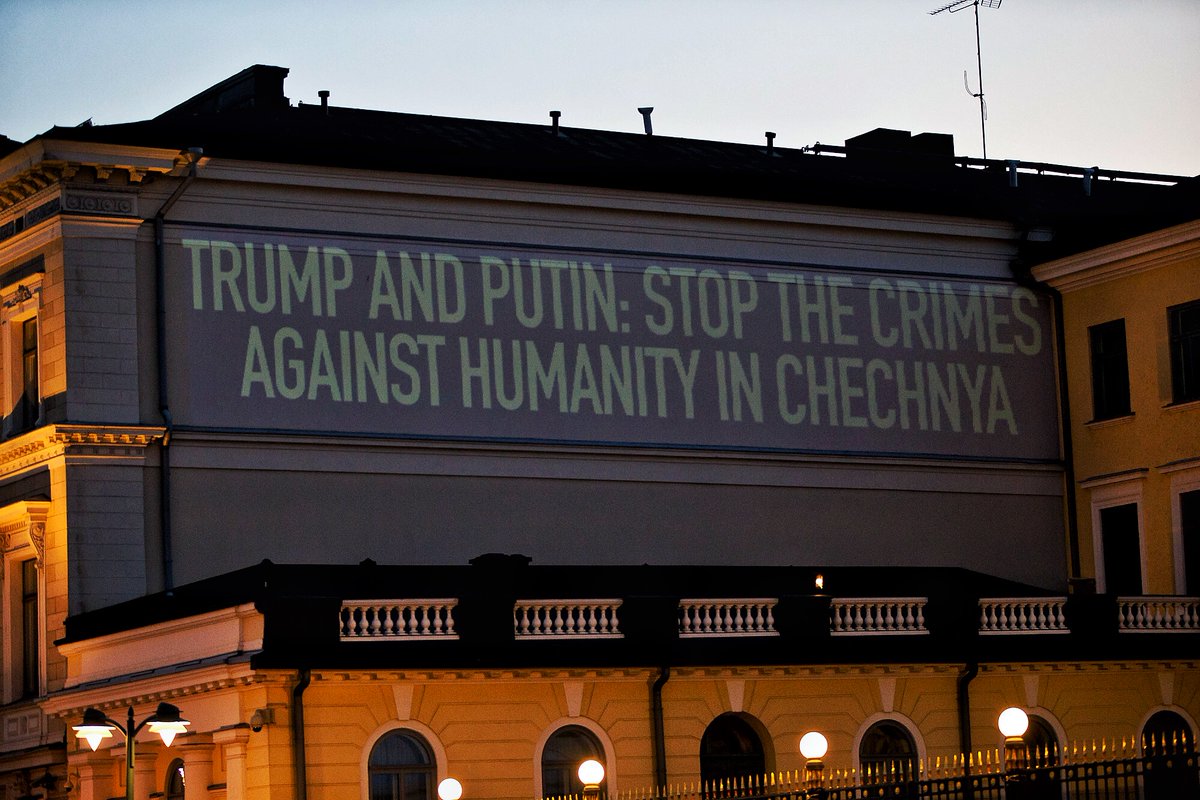 Alarming reports are emerging that Chechyna has opened “the first concentration camp for homosexuals since Hitler,” following a “gay purge” in the southern Russian republic. Russian newspapers and human rights groups say more than 100 gay men have been detained “in connection with their non-traditional sexual orientation, or suspicion of such” over the past weeks. Campaigners say gay men are being tortured with electric shocks and beaten to death. The principal camp is reportedly at a former military barracks in the town of Argun.

A report in Russian independent newspaper Novoya Gazeta said that detained gays are being tortured and threaetened with death unless promise to leave the republic. In one instance, a 16-year-old boy was detained, but reappeared later with severe injuries from being beaten. “In Chechnya, the command was given for a ‘prophylactic sweep’ and it went as far as real murders,” Novaya Gazeta claimed according to a translation in The Independent.

Pink News reports that one man who was released from the camp told Novaya Gazeta that he was subjected to violent “interrogations,” as Chechen officials attempted to get him to confess the names and locations of more gay men.

Svetlana Zakharova, from the Russian LGBT Network, told the Daily Mail: “Gay people have been detained and rounded up and we are working to evacuate people from the camps and some have now left the region. Those who have escaped said they are detained in the same room and people are kept altogether, around 30 or 40. They are tortured with electric currents and heavily beaten, sometimes to death.”

Tanya Lokshina, from Human Rights Watch in Moscow, said: “For several weeks now, a brutal campaign against LGBT people has been sweeping through Chechnya. These days, very few people in Chechnya dare speak to human rights monitors or journalists even anonymously because the climate of fear is overwhelming and people have been largely intimidated into silence. Filing an official complaint against local security officials is extremely dangerous, as retaliation by local authorities is practically inevitable.”

She added: “It is difficult to overstate just how vulnerable LGBT people are in Chechnya, where homophobia is intense and rampant. LGBT people are in danger not only of persecution by the authorities but also of falling victim to ‘honor killings’ by their own relatives for tarnishing family honor.”

Chechnya’s President Ramzan Kadyrov, a key ally of Vladimir Putin, allegedly ordered the purge. Although his regime officially denied the arrests, the denial took the classic form of claiming there were no gays to persecute in Chechnya: “It is impossible to persecute those who are not in the republic.”

Kadyrov’s spokesman Alvi Karimov chamringly added to Russia’s Interfax News Agency: “You cannot arrest or repress people who just don’t exist in the republic. If such people existed in Chechnya, law enforcement would not have to worry about them, as their own relatives would have sent them to where they could never return.”

Kadyrov’s regime is being given free rein to impose Islamist rule in Chechnya as the price of his loyalty to Moscow. But it should be noted that gays are also being persecuted throughout Putin’s increasingly fascistic Russia.