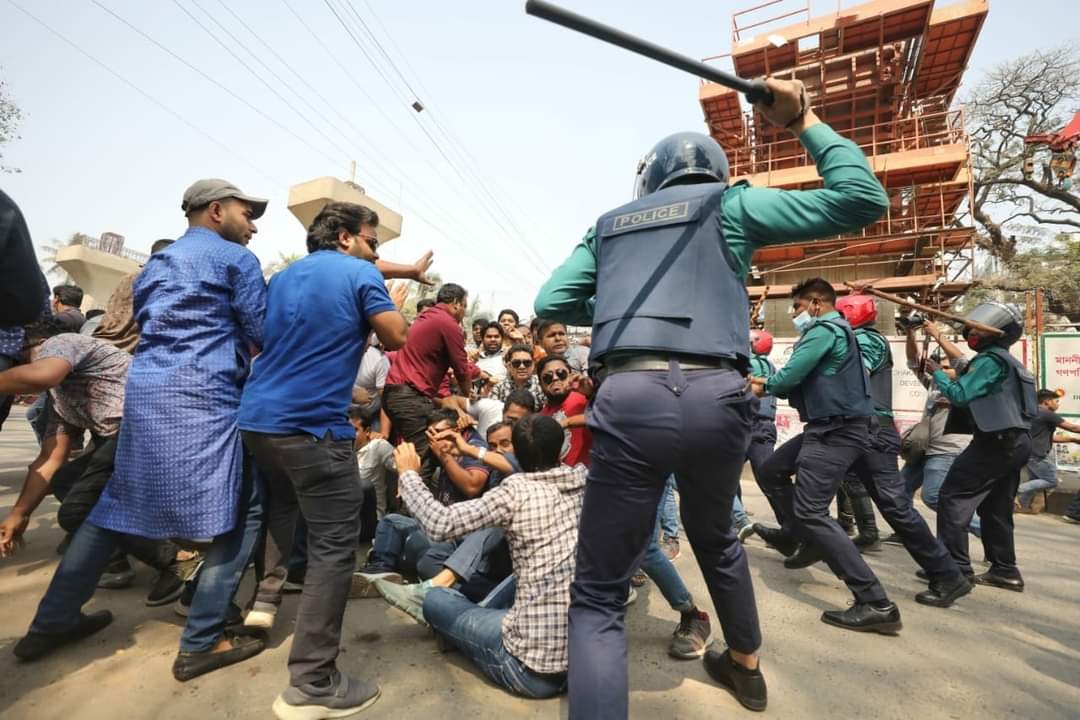 Hundreds of demonstrators took to the streets and blocked intersections in Dhaka on March 1 to protest the death of a writer and commentator in prison, who had been charged under Bangladesh’s controversial Digital Security Act (DSA). The deceased, popular author and blogger Mushtaq Ahmed, had been arrested last May after posting comments on social media in which he criticized the government’s response to the COVID-19 pandemic. At least 10 others were also charged with sedition under the DSA that month, including political cartoonist Kabir Kishore, who remains imprisoned. At a court hearing last month, Kishore passed a note to his brother stating that he had been physically abused in prison, resulting in severe injuries. The New York-based Committee to Protect Journalists is demanding his release, and that the claim of maltreatment be investigated.

Under the DSA, which was passed in 2018, it is an offense punishable by up to 10 years’ imprisonment to “mak[e] or instigat[e] to make any propaganda or campaign against the liberation war of Bangladesh, spirit of liberation war, father of the nation, national anthem or national flag.” Subsequent violations leave the offender susceptible to life imprisonment.

With its stringent penalties and arguably vague wording, the DSA has been the subject of much criticism, both domestically and internationally. In a report published in November 2018, Amnesty International identified three main flaws in the law: 1) ambiguous formulations that could lead to the criminalization of legitimate expression of opinions or thoughts; 2) broad powers granted to authorities which are, again, not clearly defined; and 3) provisions allowing for removal or blocking of content and the seizure of devices without sufficient safeguards.

Marching on Bangladesh’s Home Ministry, protesters demanded that a committee be formed to repeal or amend the DSA, as well as a judicial commission to investigate its abuse by authorities.

Aktar Hossain, former joint secretary of the Dhaka Union of Journalists, said to a local news source: “Journalists are afraid of updating their [Facebook] status today. They fear that they will face a case or imprisonment under the Digital Security Act if they post. You’ve got proof that it happened recently… Journalists believe in freedom of speech and the freedom is expressed in their writings; but the Digital Security Act has injected fear into them. So we want this law to be amended.”

From Jurist, March 3. Used with permission.

See also our feature, Bangladesh: After the Blogger Murders