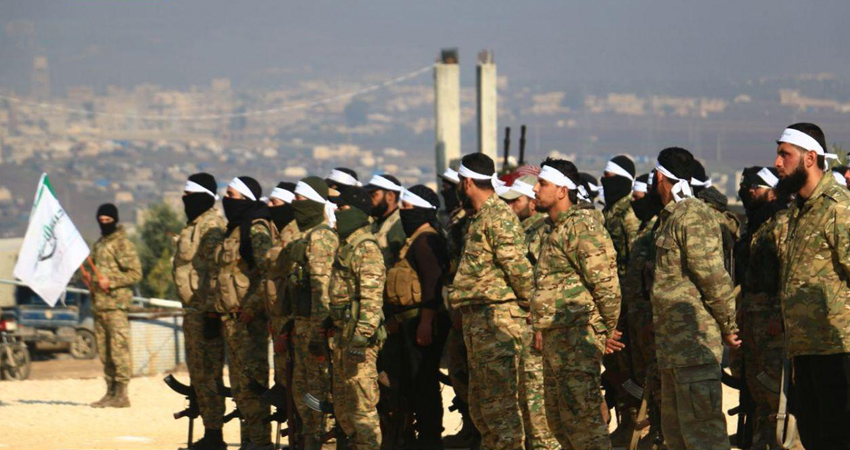 Internecine fighting among collaborationist militia in the Turkish-occupied northern Syrian town of Afrin left at least two civilians dead in the crossfire last month. Clashes broke out Feb. 13 between Jabha al-Shamiya (Levant Front) and the Jaysh al-Islam (Army of Islam)—two armed groups affiliated with the Turkey-backed Syrian National Army (SNA). Shops and civilian homes were also damaged in the clashes. Witnesses and local sources told the independent Syrians for Truth & Justice that the fighting began when Levant Front militants attempted to arrest a member of the Army of Islam who they suspected of smuggling people across border into Turkey.

Photo of Jaysh al-Islam via Syrians for Truth & Justice