As the prospect of Kurdish independence becomes ever more imminent, the Kurdistan Workers' Party transforms itself into a force for radical democracy.

Excluded from negotiations and betrayed by the 1923 Treaty of Lausanne after having been promised a state of their own by the World War I allies during the partitioning of the Ottoman Empire, the Kurds are the largest stateless minority in the world. But today, apart from a stubborn Iran, increasingly few obstacles remain to de jure Kurdish independence in northern Iraq. Turkey and Israel have pledged support while Syria and Iraq’s hands are tied by the rapid advances of the Islamic State (formerly ISIS).

With the Kurdish flag flying high over all official buildings and the Peshmerga keeping the Islamists at the gate with the assistance of long overdue US military aid, southern Kurdistan (Iraq) join their comrades in western Kurdistan (Syria) as the second de facto autonomous region of the new Kurdistan. They have already started exporting their own oil and have re-taken oil-rich Kirkuk, they have their own secular, elected parliament and pluralistic society, they have taken their bid for statehood to the UN, and there is nothing the Iraqi government could do—or the US would do without Israeli support—to stop it.

The Kurdish struggle, however, is anything but narrowly nationalistic. In the mountains above Erbil, in the ancient heartland of Kurdistan winding across the borders of Turkey, Iran, Iraq and Syria, a social revolution has been born.

END_OF_DOCUMENT_TOKEN_TO_BE_REPLACED 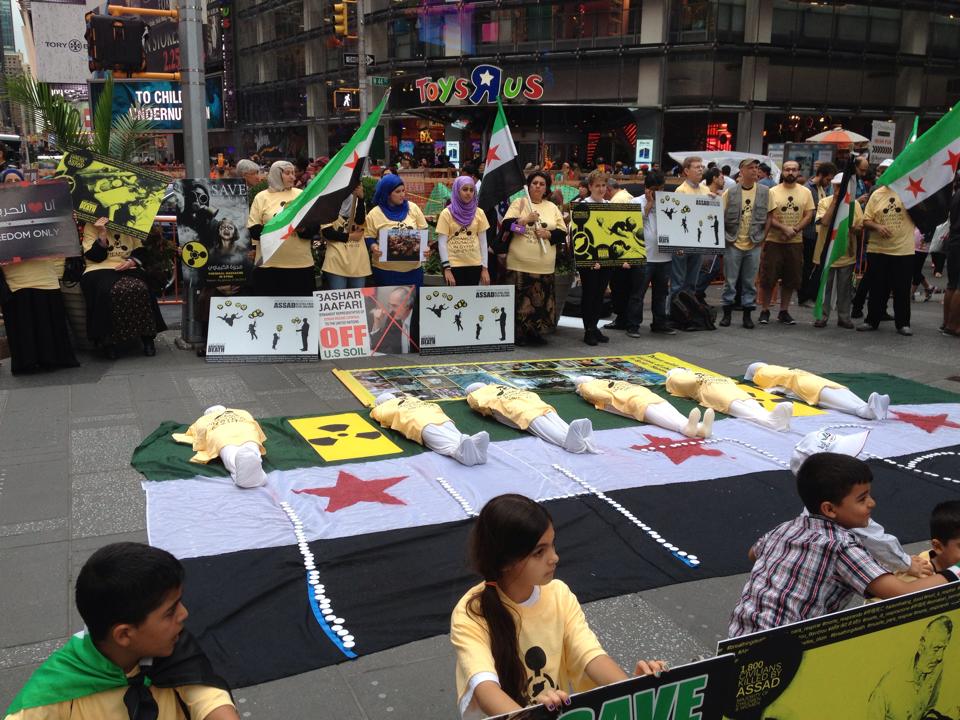 Aug. 21 marked the one-year anniversary of the chemical weapon attack on the Damascus suburb of Ghouta, found by international investigations to have been the work of the Bashar Assad regime. The Syrian diaspora around the world held protests and… Read moreOne Year of Breathing Death

Opposition activists say they have confirmed 27 cases of chemical gas use in Syria since the UN passed UNSCR 2118, calling for destruction of all chemical weapons in the country.

Up to 70 were massacred during prayers at a Sunni mosque in Iraq's Diyala governorate—apparently by a Shi'ite militia seeking retribution for a bomb attack on their forces.

Tens of thousands joined the funeral for a youth killed by Turkish troops who attacked local Kurds trying to protect a statue of PKK guerrilla leader Mahsum Korkmaz near Diyarbakır.

Unidentified warplanes carried out air-strikes on targets controlled by Islamist militias in Tripoli. Libya said the planes were foreign, but the US, Italy and France denied involvement.

Gen.Hugo Carvajal, a top Venezuelan official wanted in the US on drug trafficking charges, was arrested in Aruba—but freed by the courts before he could be extradited.