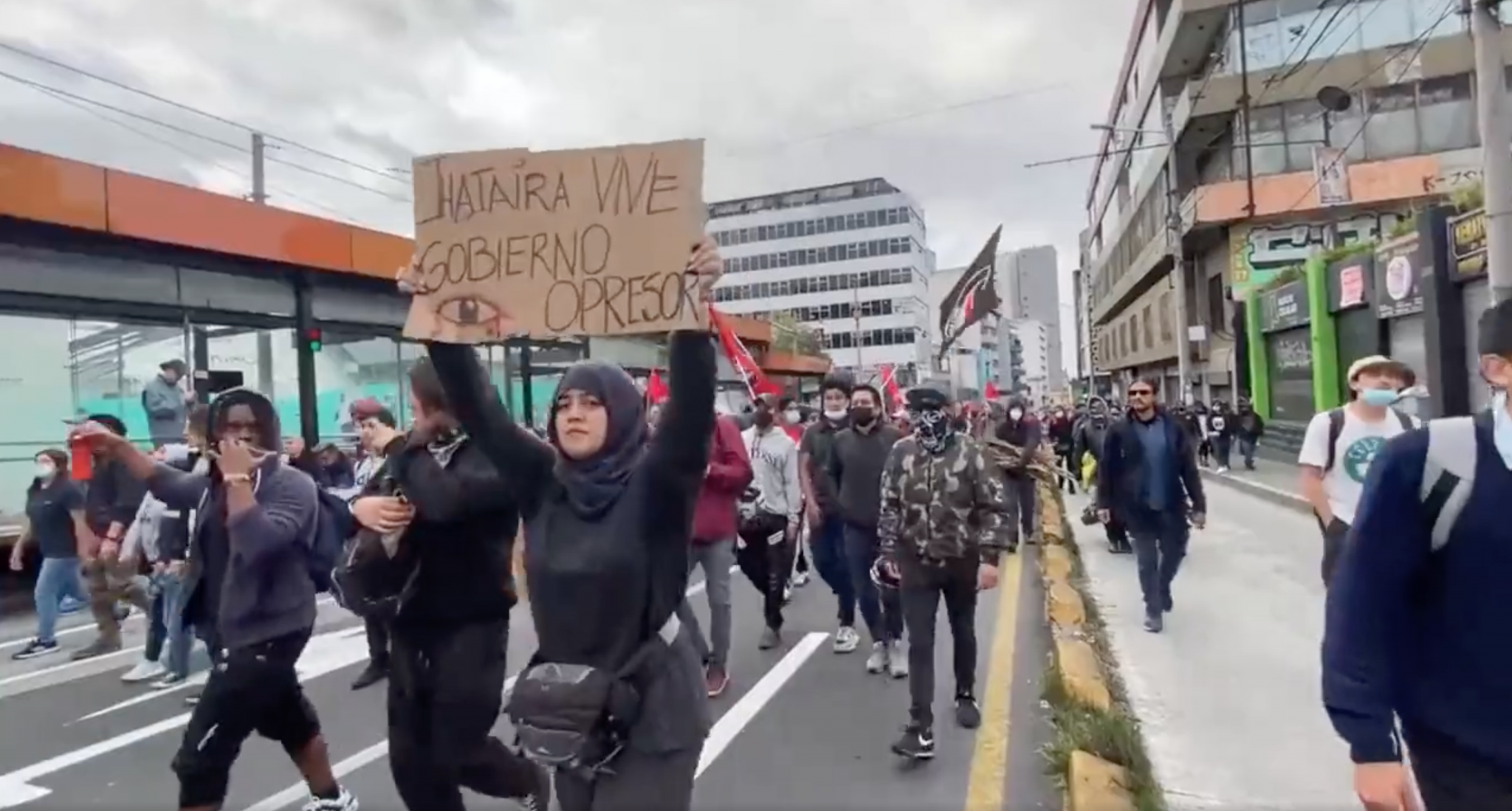 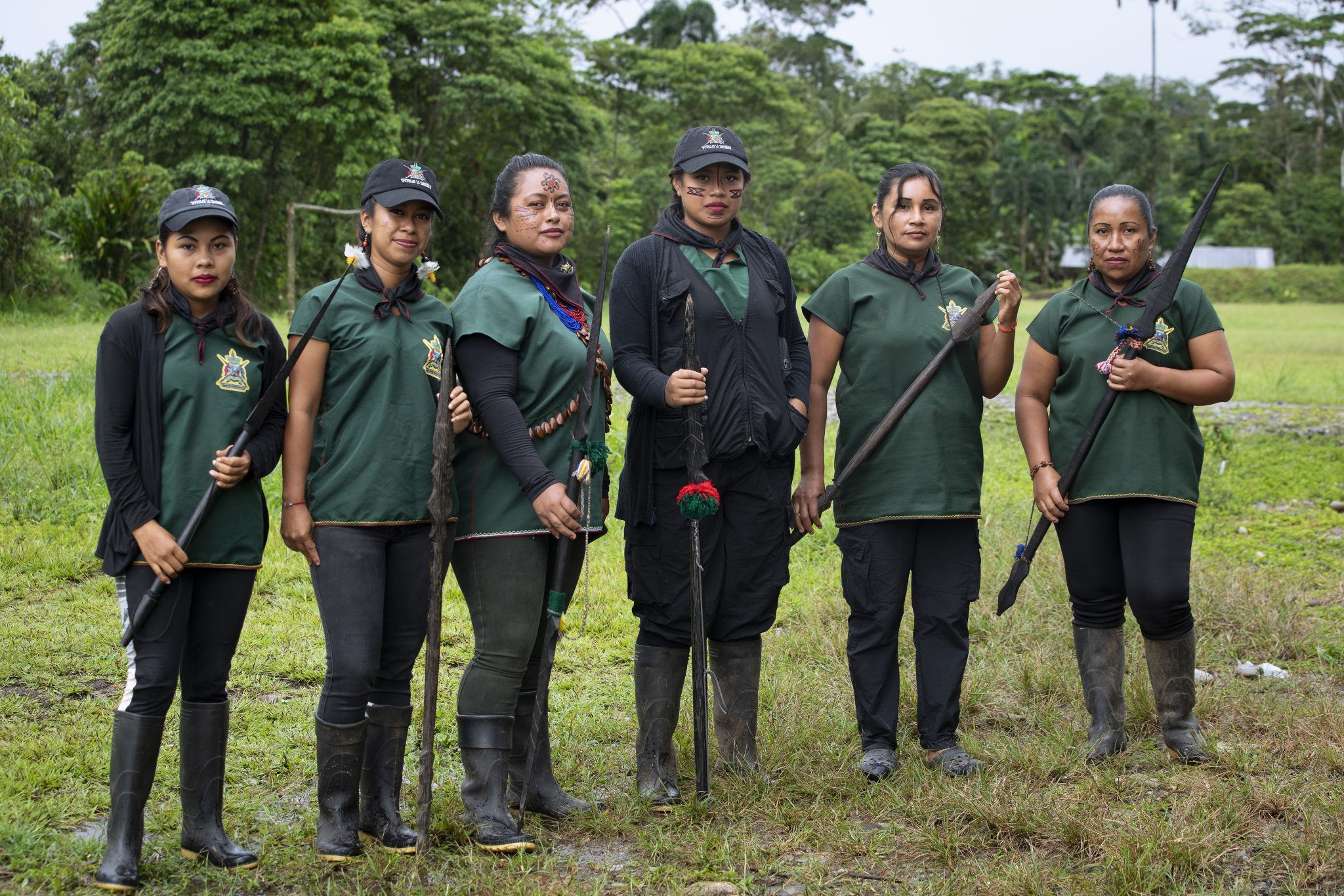 Two indigenous leaders in Ecuador who successfully fought against mining on their ancestral lands were awarded the prestigious Goldman Prize for environmental activism. Alex Lucitante and Alexandra Narváez of the Cofán indigenous people organized patrols, and used drones and camera traps to document gold mining operations within their traditional territories. Their evidence was crucial in securing a legal victory that resulted in 324 square kilometers of rainforest being protected from mining. The Cofán community sued the Ministry of Mines, asserting that the concessions violated their right to prior consultation. The Sucumbíos provincial court ruled for the Cofán in 2018, ordering a halt to the mining operations. In a review of the case this February, Ecuador’s Constitutional Court upheld the decision and widened its scope, holding that the state has an obligation to ensure that indigenous communities undergo a consultation process before any extractive activity is approved on or near their territories. (Photo: Goldman Environmental Foundation) 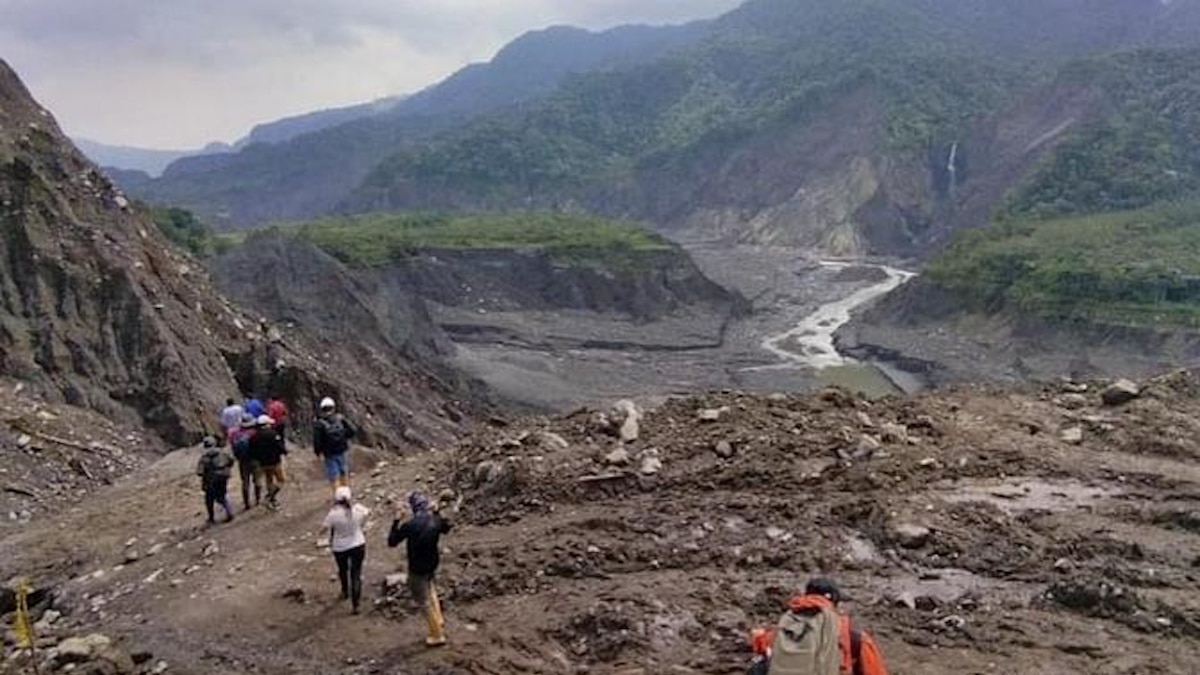 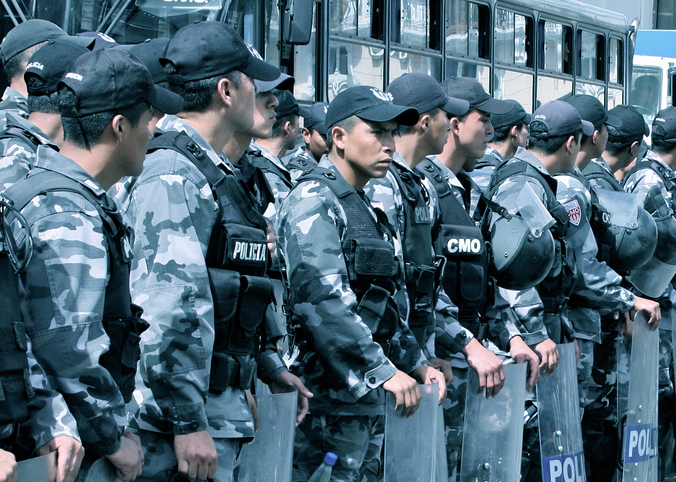 Ecuador’s President Guillermo Lasso extended the country’s state of emergency by a second 30 days. The decree is ostensibly an attempt to combat the insecurity generated by drug-related crime and re-establish public order. It provides for the mobilization of military forces to assist the functions of the National Police in several provinces. The emergency was originally declared last month for a period of 60 days, but the duration was reduced to 30 days by Ecuador’s Constitutional Court. The renewed state of emergency will be enacted in nine of the 24 provinces in the country. (Photo via Wikipedia) 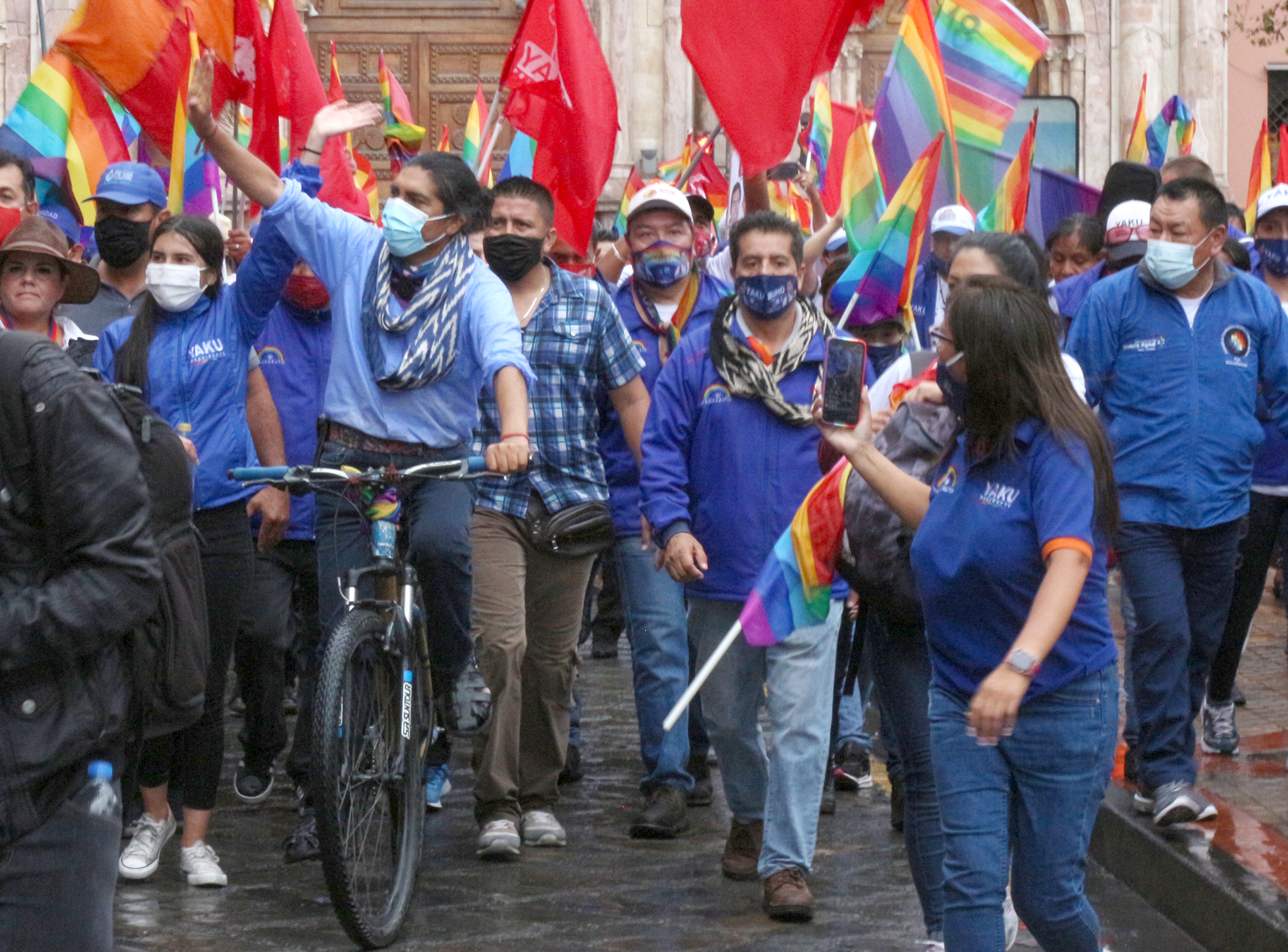 Hundreds of indigenous protesters rallied outside the offices of Ecuador’s National Electoral Council (CNE) in Quito to demand a recount of the presidential vote. Third-place finisher Yaku Pérez of the indigenous-based Pachakutic party, eliminated from the run-off election to be held in April, led a week-long cross-country march of his supporters from Loja province in the south which repeatedly blocked traffic on the Pan-American Highway before arriving in the capital for the rally. He then led a delegation to the CNE office, carrying boxes with more than 16,000 statements purporting to show irregularities. At the demonstration, his supporters chanted, “Transparency yes, fraud no!” (Photo of Yaku Pérez, on bicycle, via Wikipedia)

Ecuador is heading to a run-off presidential race in April after leftist candidate Andrés Arauzof the Union of Hope (UNES) coalition won a first-round victory, following years of economic austerity made more painful by the pandemic. However, in a surprise development, his rival leftist Yaku Pérez Guartambel of the indigenous-based Pachakutik party emerged neck-to-neck with conservative banker Guillermo Lasso of the right-wing Creating Opportunities (CREO) party. The vote is still too close to call which challenger Arauz will face in the April run-off. Pérez portrays UNES and CREO alike as parties of the right that have embraced an economic model based on resource extraction. (Photo: Revista Crisis) 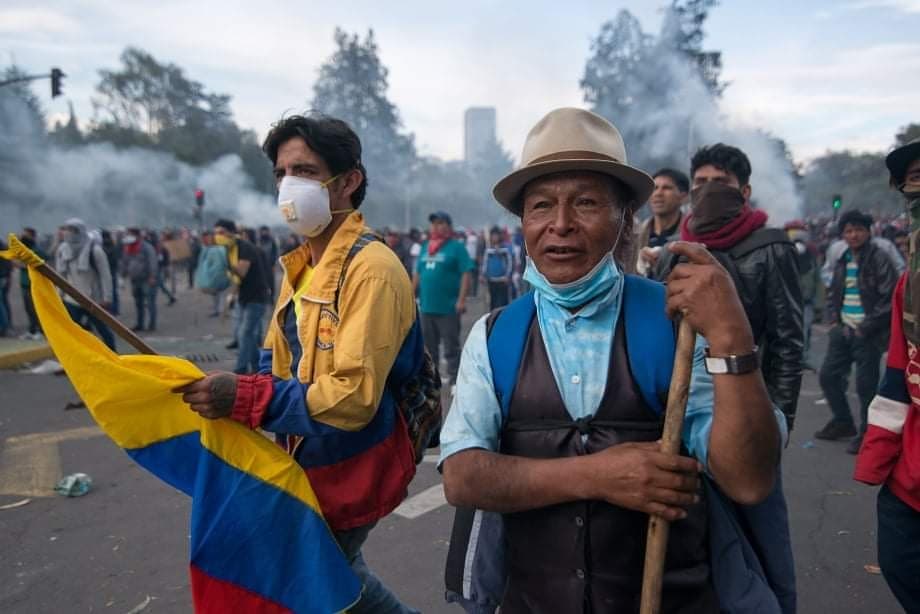 Celebrations broke out across Ecuador after President Lenin Moreno agreed to overturn Decree 883, which would have eliminated fuel subsidies. Moreno’s capitulation followed 10 days of nationwide protests that left at least eight dead, hundreds injured and more than 1,000 detained. Moreno and protest leaders are to open a dialogue to find other means to cut Ecuador’s public spending. (Photo: CONAIE via Twitter) 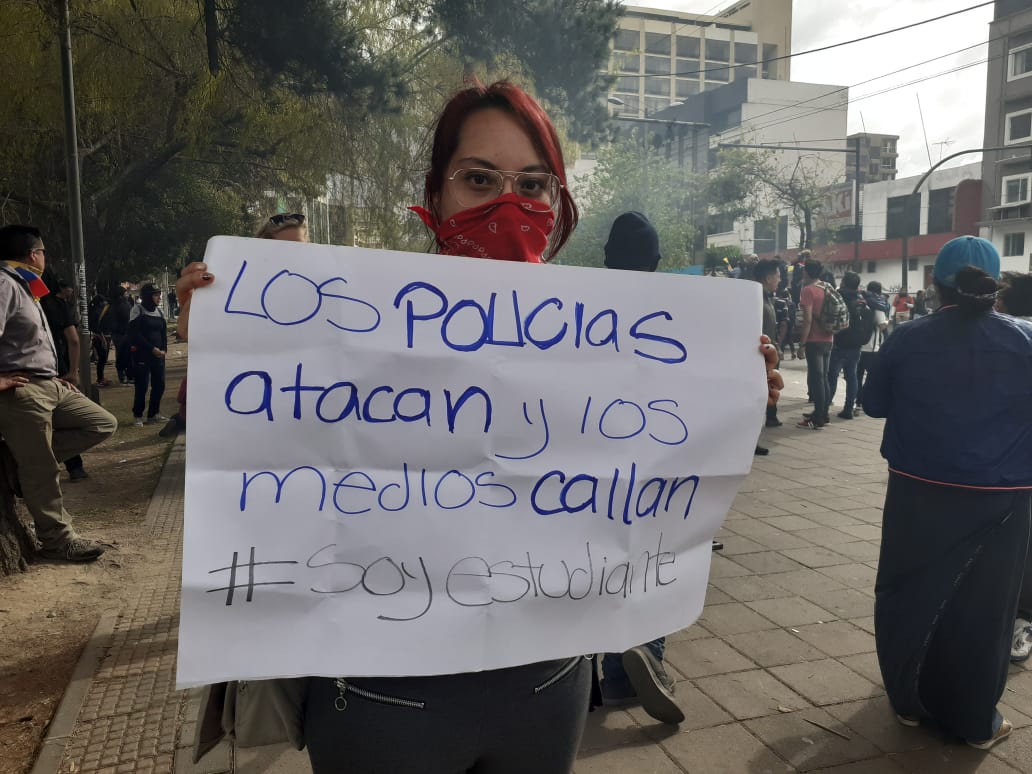 Ecuador’s government declared a state of emergency after protesters opposed to a fuel price hike blocked streets and disrupted transport nationwide. A national paro, or general strike, was called after President Lenín Moreno announced his decision to end a 40-year-old subsidy for fuel—widely perceived as a move taken in response to belt-tightening demands made by the International Monetary Fund (IMF) following a recent $4.2 billion loan. At least 350 have been arrested in the protests, whch have been led by transport unions, indigenous organizations and student groups. (Photo via Twitter) 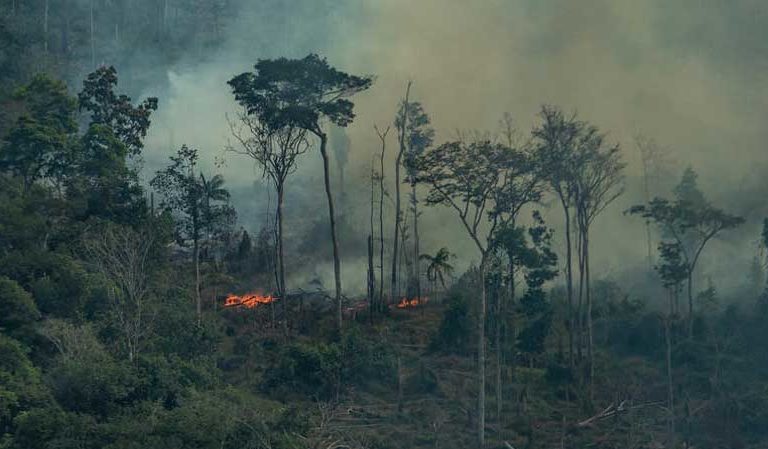