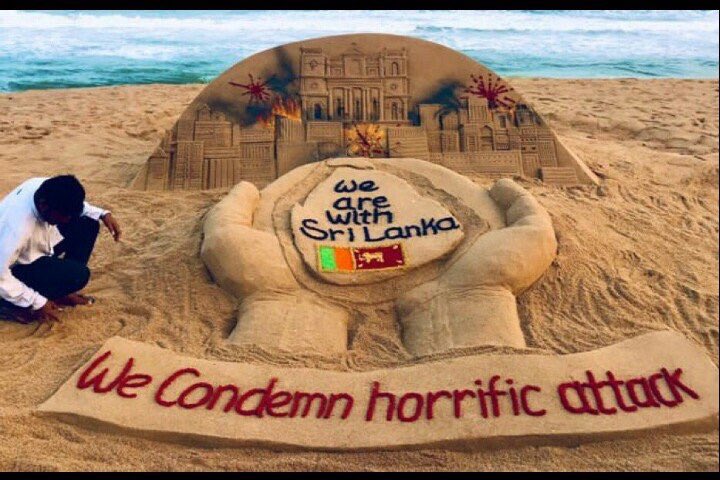 After claiming responsibility for the Easter Sunday bomb attacks in Sri Lanka that killed over 320 people, ISIS has released a photo and video of the supposed mastermind of the attack and other of the alleged suicide bombers. The video and the photo released through the terrorist network’s Amaq News Agency purport to show the Sri Lankan militants pledging allegiance to ISIS leader Abu Bakr al-Baghdadi, in his presence. (Colombo Page) Sri Lankan authorities had named a little-known militant group called National Thowheeth Jama’ath as behind the attacks—a name roughly translated as  “group in the name of the oneness of God.” Prime Minister Ranil Wickremesinghe acknowledged that his security services had been tipped off that the group was planning attacks, admitting that the “information was there.” (Al Jazeera, Gulf News, Time)

Hilmy Ahamed, vice president of the Muslim Council of Sri Lanka, said he warned military intelligence officials about National Thowheeth Jama’ath three years ago. “Targeting the non-Muslim community is something they encourage—they say you have to kill them in the name of religion,” Ahamed told Bloomberg in a phone interview from Colombo. “I personally have gone and handed over all the documents three years ago, giving names and details of all these people. They have sat on it. That’s the tragedy.”

In the coordinated Easter Sunday attacks, eight blasts targeted three churches during services in the cities of Colombo, Negombo and Batticaloa. Three luxury hotels in Colombo were also targeted. An indefinite curfew has been put in place, and social media networks have been temporarily blocked by authorities. (BBC News)