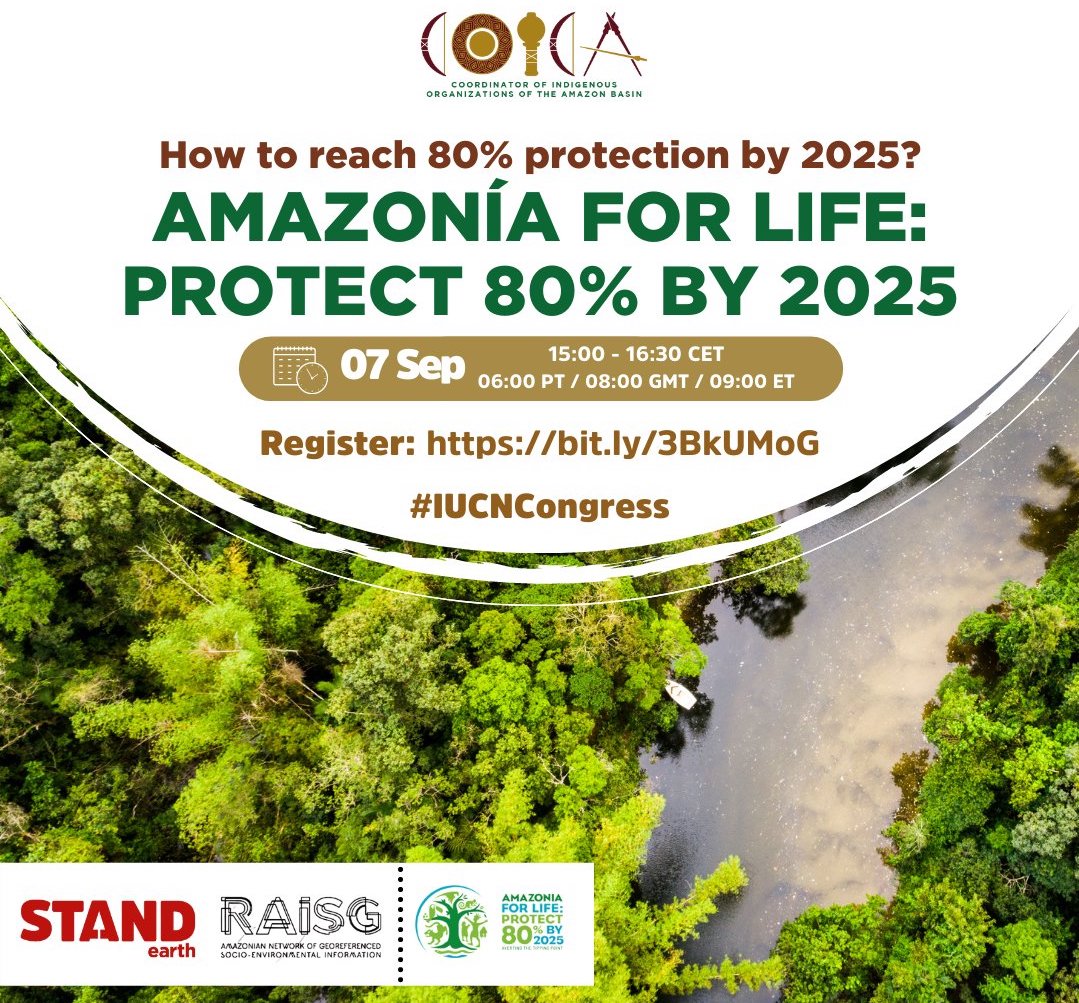 More than 500 indigenous leaders from across the Amazon, meeting in Lima Sept. 7, issued an urgent call for the world to act against the destruction of the planet’s largest rainforest. The statement, “Amazonia Against the Clock,” was approved by the Coordinating Body of Indigenous Organizations of the Amazon Basin (COICA), at a summit of representatives from nine countries. (EFE) The statement invokes the Emergency Motion 129 issued in September 2021 in Marseille by the International Union for Conservation of Nature (IUCN), calling for “permanent protection” of the remaining 80% of intact rainforest by 2025. (InfoRegion)