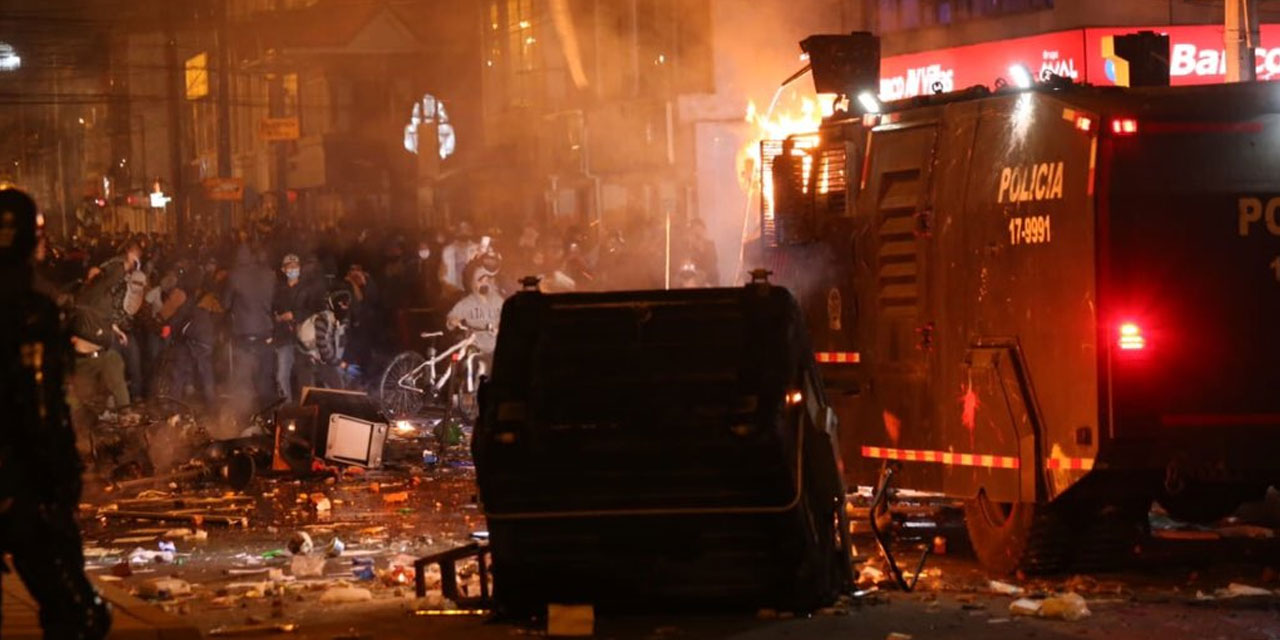 Colombia’s capital Bogotá has seen nightly protests since the Sept. 9 slaying of a law student at the hands of the police. Video footage taken by a friend showed Javier Ordoñez, an attorney and father of two, being repeatedly shocked with a stun-gun before being taken to a police station, after he was stopped for public drinking in violation of COVID-19 containment measures. He died in a hospital later that night. Protests erupted after his death, with hundreds gathering outside the station where he had been held in Villa Luz district, and police responded with tear-gas and flash-bang grenades. At least seven people have been killed and 80 arrested since then, as protests have spread throughout the city, and into neighboring Soacha. The Defense Ministry says that 53 police stations and posts have been attacked, with 17 incinerated. The military as well as elite National Police anti-riot force ESMAD have been mobilized to put down the protests.

Activists are stressing the irony that Ordoñez was killed on Colombia’s Human Rights Day.