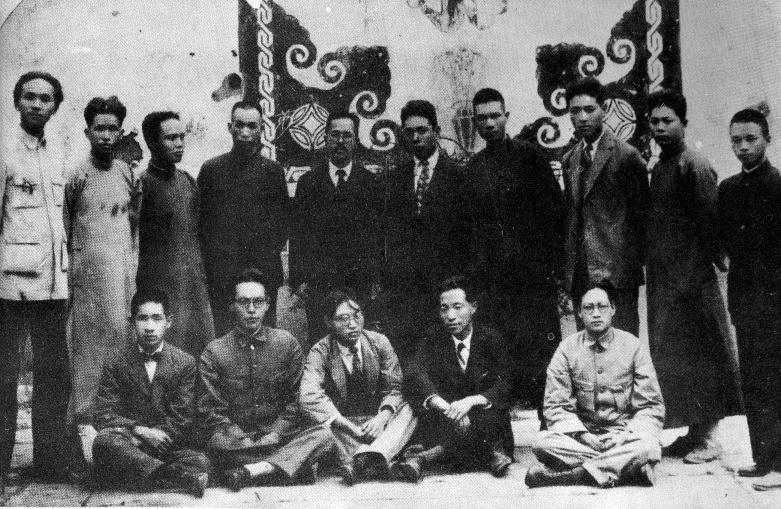 By the official version of history, World War II started in Poland in 1939, but cases can also be made that it really began in Austria in 1938, Spain in 1936, Abyssinia in 1935—or Manchuria in 1931. All of these harbingers of the coming storm are well known to students of the era.

However, it is nearly forgotten that the Japanese invasion and occupation of Manchuria that year was partially aimed at crushing a self-governing anarchist “autonomous prefecture” that had been established in the region by exiles from Korea, which had already been occupied and annexed by the Japanese Empire. This critical episode demands more attention from historians.

Manchuria as anarchist refuge
Manchuria is nestled in the northeast corner of China, bordering Russia and (North) Korea, with a limited access to the Yellow Sea. It is as large as France and Germany together and, in the 1920s, was home to 30 million people. Its native people, the Manchus, had long lived peacefully with immigrants and exiles from Korea, Russia, Japan, and elsewhere in China and Asia. By the ’20s, in Manchuria’s Shinmin Prefecture (today Mudanjiang prefecture, Heilongjiang province) there lived 600,000 Koreans who had been forced to abandon the Korean Peninsula following the Japanese invasion and annexation of their country in 1910. Among these were numerous anarchists.

The second half of the 19th century had seen large popular uprisings in Korea that, for a while, had been able to abolish the feudal system of land ownership. Under Japanese rule, some 2 million Koreans, including many intellectuals and revolutionaries as well as poor peasants and laborers, were forced to leave their country, with many emigrating to Manchuria and Japan. At the same time, 1 million Japanese settled in Korea. The goal of Imperial Japan was to depopulate the country of its original farmers and peasants and to allow poor farmers and peasants from Japan to move in as colonizers.

Anarchist ideals emerged in Manchuria’s Korean community under the influence of a prominent exiled militant and thinker, Lee Hwae-Yeong. Between 1910 and 1925, the Korean exiles joined with local Han Chinese and Manchu workers and peasants to establish three “autonomous prefectures” within Manchura: Jeongen, Chanren and finally Shinmin, near the Russian border.

Shinmin Prefecture was inhabitated by 2 million people, nearly half of whom were Korean immigrants and exiles.

These prefectures were left alone to develop autonomously due to a combination of factors, including the weakness of the Chinese state and the ruggedness of the mountain territory. Their isolation even allowed for the formation of a self-defense force, the Korean Independence Army, or Army of the North. This was under the command of the anarchist-sympathizer general Kim Jao-jin (or Kim Jwa-Jin), who has been named the “Korean Makhno.”

In October 1920, at the battle of Ch’ing-Shan, 400 troops of the Army of the North defeated a brigade of the Japanese Imperial Army, which kept a force in Manchuria to protect Japanese economic interests. This was an incredible feat that contributed to keeping Manchuria free of Japanese control and would eventually allow the flourishing of the anarchist project.

Anarchism and the Korean national struggle
Several months earlier, on March 1, 1919, the Japanese army attacked a peaceful demonstration in Seoul of Koreans who were demanding independence. More than 2,000 demonstrators were killed and some 20,000 more arrested. This event inspired a widespread revolt in Korea known as the “3.1 Movement.”

In the same period, many Korean nationalists moved toward more defined anarchist positions. In 1923, the influent journalist Shin Chae-Ho joined with the anarchist Yu Cha-myoung to write the “Korean Revolutionary Manifesto for the Band of Heroes.” The Band of Heroes was a group of anarchists and nationalists that conducted a series of bombings in the early 1920s in an effort to drive out the Japanese.

The Manifesto was essentially an anarchist document that linked the national liberation struggle to the more general social struggle of the popular classes. It became a founding document for the Korean Anarchist Federation, established in 1924. The KAF organized groups of militants in the Korean cities, as well as in Manchuria and Japan.

Facing Japanese repression in Korea, some KAF militants looked to remote Manchuria as territory where liberated zones could be established. Groups including the Korean Anarcho-Communist Federation and Korean Anarchist Federation in Manchuria began to take hold across the region.

Creation and rise of the commune
In March 1925, Shinmin Prefecture was established in the name of a “New Popular Society” movement, by guerrilla units led by Kim Jwa-jin, Kim Hyok, No Ho Choi Jung-so and others. The commune was inspired by the ideas of the anarchist Kim Jon-Jun, an active KAF militant and a relative of Kim Jwa-jin. The program emphasized the autonomous formation of an agrarian system based on the internal cooperation of the different productive units. In 1927, it issued a “Plan to Organize and Train the Korean People,” viewing the liberated zone in Shinmin as a model and staging ground for the eventual liberation of Korea itself.

In 1929, Shinmin’s self-governance system was renamed as the Korean People’s Association in Manchuria (KPAM). The system of self-governance was based on delegates from each area and district organized around eight departments: self-defense, agriculture, education, finance, propaganda, youth, public health and general affairs. The delegates at all levels were ordinary peasants and workers, who did not acquire any new privilege while serving in the administrative structures.

In the following years, the commune expanded to the Heilong Jiang, or Black Dragon River, today known as the Amur, which forms the border between China and Russia. It came to enclose a triangular area bounded by the Amur on the east, the Sungchangho River to the west and the Harbin-Hunchun highway to the south. It comprised 35,000 square kilometers—three times the size of the area controlled by the Makhnovtchina in the south of Ukraine from 1918 to 1921.

Decline and fall of the commune
The commune started coming under pressure when the Japanese massively invaded Manchuria in 1931 and installed a puppet government, ruling in the name of a nominally independent state, Manchukuo. Simultaneously, the Communist Party of Korea, directed from Moscow, started a program of infiltration of the commune and systematic assassination of its leaders. Kim Jwa-jin was assassinated while repairing a rice mill in January 1930. It remains unclear if the assassin was an agent of Imperial Japan or the Korean Communists.

The commune was soon enroached upon militarily on all sides—by the Soviet Red Army on the east, the Imperial Japanese Army on the south, the Chinese Nationalist Army on the west.

By the end of 1931, the weakened commune was overrun by the Japanese Army. The anarchists who survived went into hiding and continued to wage guerrilla warfare against the Japanese occupation well into World War II.

Emilio Crisi, author of Revolución Anarquista Coreana en Manchuria (1929-1932), remarks that much more historical research is necessary to understand this “forgotten revolution.” However, it clearly should be seen as an essential milestone of the anarchist movement, and possibly of the world liberation struggle—similar to the Spanish Revolution of 1936, the Makhnovtchina of 1918 in Ukraine, or the Magonista revolution of Baja California in 1911.

Knowing more about such histories can help us imagine new ways of resisting the global elites still trying to carve the world and our minds into their spheres of influence.

Michael Scmidt: In the Shadow of a Hurricane: Global Anarchist Ideological and Organizational Lineages (publication forthcoming)

A shorter version of this story appears in the fall 2020 edition of Fifth Estate.

Image of founding members of the KPAM via Wikipedia

Podcast: the politics of separatism in China
CounterVortex, Sept. 2, 2019