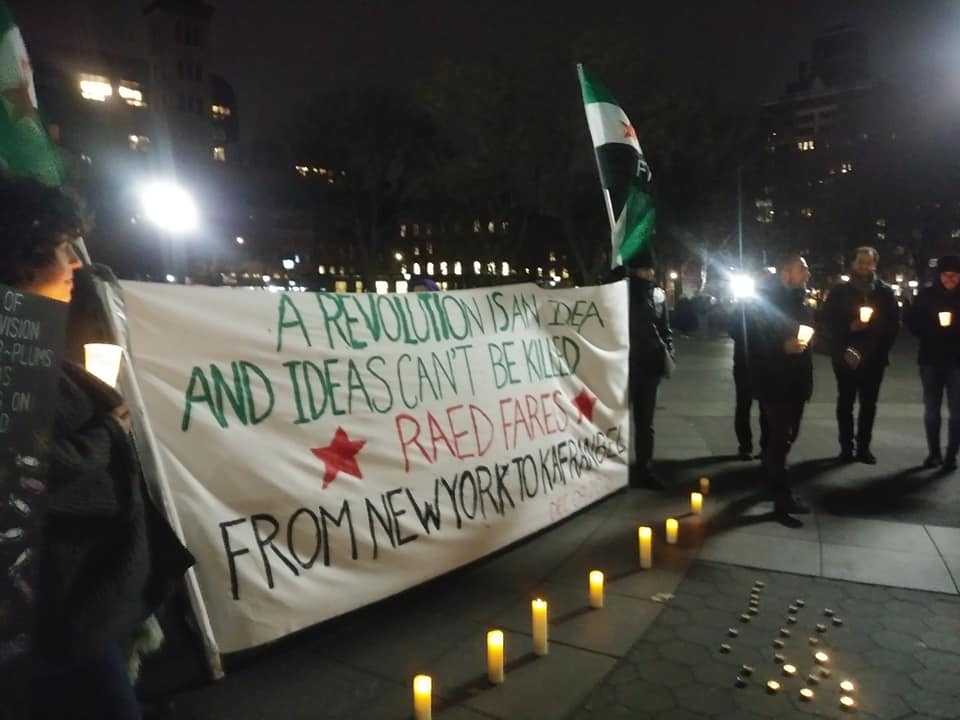 Activists gathered for a vigil in New York’s Washington Square Dec. 9 for slain Syrian opposition figure and radio producer Raed Fares. An early leader of the civil resistance to the Bashar Assad dictatorship, Fares was killed by unknown gunmen Nov. 23 in the… Read moreNew York City vigil for Raed Fares

In a referendum held on October 26, 2018, the people of Ireland voted to amend the Irish Constitution to remove the word blasphemy from Article 40.6.1, which declared that "[t]he publication or utterance of blasphemous, seditious, or indecent matter is an offence which shall be punishable in accordance with law." This constitutional change enables the Oireachtas, Ireland's National Parliament, to change statutory law so that blasphemy is no longer a crime. It also represents the most recent advance in this predominantly Catholic country toward a more secular society. Same-sex marriage and abortion were legalized in two earlier referenda. And it might constitute an important step in undoing some of the unintentional international consequences of Ireland's criminalization of blasphemy.

Ireland's blasphemy ban was enshrined in the constitution in 1937, during an era when church and state were seen as a single entity and defaming the established religion was tantamount to treason. Corresponding definitions and penalties were enacted in the 2009 Defamation Act. In contrast to Article 40.6.1 of the constitution, which had protected only Christians from blasphemy, the 2009 Act was designed to protect all religions. The Act defined blasphemy as "publishing or uttering matter that is grossly abusive or insulting in relation to matters sacred by any religion, thereby intentionally causing outrage among a substantial number of adherents of that religion, with some defenses permitted." However, it was widely believed that the Act did no more than give lip service to the constitutional requirement that blasphemy be declared a crime because, on any fair reading, the statutory provision was unenforceable.

The UN Independent International Commission of Inquiry on the Syrian Arab Republic stressed the need for greater information and accountability to be provided to the families of missing persons and detainees. The report charges that the Syrian regime is still carrying out mass public arrests and detentions, many leading to torture and eventual death, while families are induced to pay bribes to learn the whereabouts of their loved ones. Many families did not learn of their relatives’ whereabouts at all until May, when information was provided in bulk by the Interior Ministry. The Commission notes that even after this information was disclosed it was obfuscated, with causes of death being listed as “heart attack” or “stroke”—while many individuals died on the same day. The Commission infers that mass executions may have occurred in some of these facilities, many of them on military bases. (Photo of hunger strikers at Syrian prison via Foreign Policy. Credit: Louai Beshara/AFP/Getty Images)