Mexican federal police and the military have taken over policing duties in Acapulco, after the entire municipal force was disarmed due to suspected co-optation by criminal gangs. But the federal forces are also accused of endemic corruption and brutality. The country's National Human Rights Commission just accused military troops in Puebla of extrajudicial executions of suspected fuel thieves in a bloody incident in Puebla that left 10 dead. Meanwhile, a new Internal Security Law vastly expands the powers of federal troops operating in a domestic security capacity against the drug trade, and frees them from public oversight. Mexico's left-populist president-elect Andrés Manuel López Obrador is scheduled to take office Dec. 1 amid an escalating human rights crisis in the country. (Map: CIA) 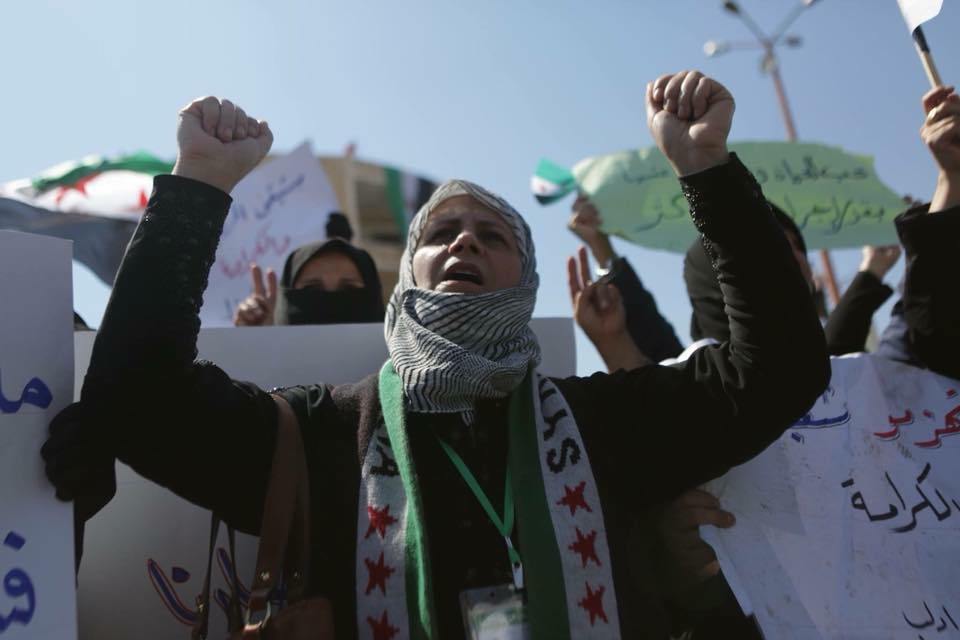 As Turkey and Russia step towards implementing a 15-20 kilometer “demilitarization zone” between Idlib and the surrounding regime-held areas of northern Syria, mainstream media and the forces of status quo are bent on portraying Idlib as a “terrorist enclave”—hile people inside Idlib are determined to break this false and dangerous image.

Days after the renewed aerial bombardment of Idlib by Russia and the Assad regime, the Democratic congresswoman Tulsi Gabbard called Idlib an “Al Qaeda stronghold” in a recorded video message published on her Twitter account. In the same tweet, she called Idlib an “Al-Qaeda controlled city.” A week later, during a speech addressing members of the US Congress, she claimed that there are “20,000-40,000 al-Qaeda and other jihadists” in Idlib, a number that vastly exceeds those reported by the UN and even pro-regime propaganda platforms.

David Duke, the former leader of the Ku Klux Klan (and a vocal supporter of both Trump and Gabbard) has also been tweeting in support of Russian and Assad regime bombardment of Idlib. He claimed this was in order to “protect the real children of Idlib,” presumably implying that those children who are targeted by the Assad-Putin aerial bombings are fake “crisis actors” and deserving of death, for the crime of misinforming the American public.

Vijay Prashad, a prominent academic in leftist circles, has joined the chorus by using dangerous and stereotypical portrayals of Idlib. In his latest article, Prashad writes that it’s “intolerable to the government in Damascus to allow an enclave of al-Qaeda rebels inside the country—which is why the main battle is to be there, in Idlib.” He calls the military campaign against Idlib by Assad and his allies “ugly” but “inevitable.” Further normalizing this horrific scenario, Prashad ends his piece by advising everyone in Idlib to “cut a deal now before the terrible slaughter starts. This bombing is not the first salvo in the final battle but the last attempt at a negotiation.”