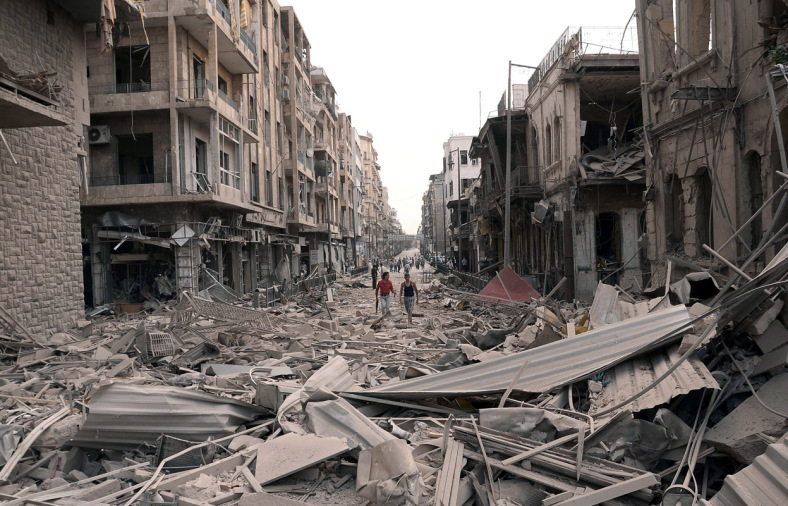 Ruins of Aleppo after months of bombardment by Bashar Assad and his Russian allies. In the 1930s, the American left could claim solidarity with those who stood up to the authors of the Guernica terror in Spain. Today, in vivid contrast, it… Read moreAmerican ‘left’ abets genocide in Syria

In the 1930s, the American left could claim solidarity with those who stood up to the authors of the Guernica terror in Spain. Today, in vivid contrast, it overwhelmingly stands on the side of fascism and genocide in Syria.

The Bashar Assad regime is daily raining death down on Aleppo and other besieged cities and towns, with massive military support from Russia. Hospitals have been targeted again and again, civilian areas reduced to rubble. Poison gas has been used repeatedly. After Assad supposedly eliminated his chemical arsenal in a Russia-brokered deal after the 2013 Ghouta sarin-gas attack, the regime merely turned to "repurposed" chlorine, dropped from "barrel bombs."

Starvation has become a weapon of the war, with the regime blocking food aid to besieged areas.

In areas the regime controls, it is now accused by the UN High Commissioner for Human Rights of a systematic "extermination" of the civil population—beginning with the prisoners. If only due to greater access to firepower and proximity to inhabited areas, the Assad regime has actually been responsible for far more civilian deaths than has ISIS.

This is the regime that the American "left" is, overwhelmingly, supporting. In response to this accusation, most "leftists" will retort that they are just against US intervention. The facts demonstrate otherwise.