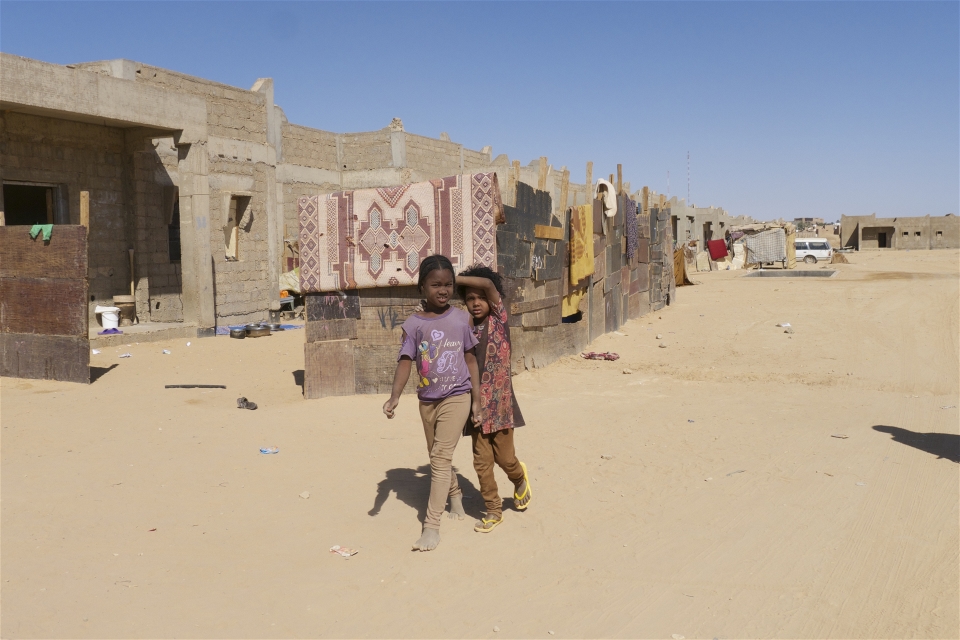 The conflict in Libya has meant war between two ethnic groups in the remote Sahara, with the Tebu loyal to the "official" government in the country's east and the Tuareg recognizing the Islamist regime that holds Tripoli. Fighting between the… Read moreRelief for Libya’s ‘Chinese Camp’?

GHAT — A peace deal signed last week in Qatar by warring tribes from the Saharan town of Ubari may bring some hope for displaced and marginalized people in Libya's desert south, including those holed up in a partially-built construction project known locally as the "Chinese Camp." We reported in August on the desperate situation in Ubari, a town of more than 30,000 people where civilians had to be on constant alert for street clashes and sniper fire, and where the wounded often died of their injuries because of the lack of medical supplies and assistance.

The fighting is predominantly between militias from two indigenous Saharan tribes, the Tuareg and the Tebu, which have taken opposing sides as Libya has descended into a complex web of conflicts after the ousting of long-time ruler Moammar Qaddafi. The Tuareg are aligned with the Tripoli government, installed 16 months ago as a rival to the internationally recognized government in eastern Libya, which has the support of the Tebu.

Many of those fleeing the fighting have had little choice but to seek refuge more than 300 kilometers to the southwest in Ghat, a predominantly Tuareg town. Some 600 families now occupy half-built homes on the outskirts of Ghat in an unfinished housing project abandoned by a Chinese construction company at the start of the 2011 uprising.

While many were displaced by fighting between the Tuareg and the Tebu, there are also migrants from neighbouring countries. Children play with abandoned cars in the dust, rather than spend time inside squalid two-roomed houses, where windows are bricked up against the summer sand that blows in from the Sahara and the cold winter nights.

The conflict over Western Sahara spilled into Morocco as clashes between Berber and Sahrawi Arab students at universities in Marrakech and Agadir left two dead.