Two Guantánamo detainees scheduled for release boarded a plane for transfer to third countries—while a third refused, demanding repatriation to his native Yemen. 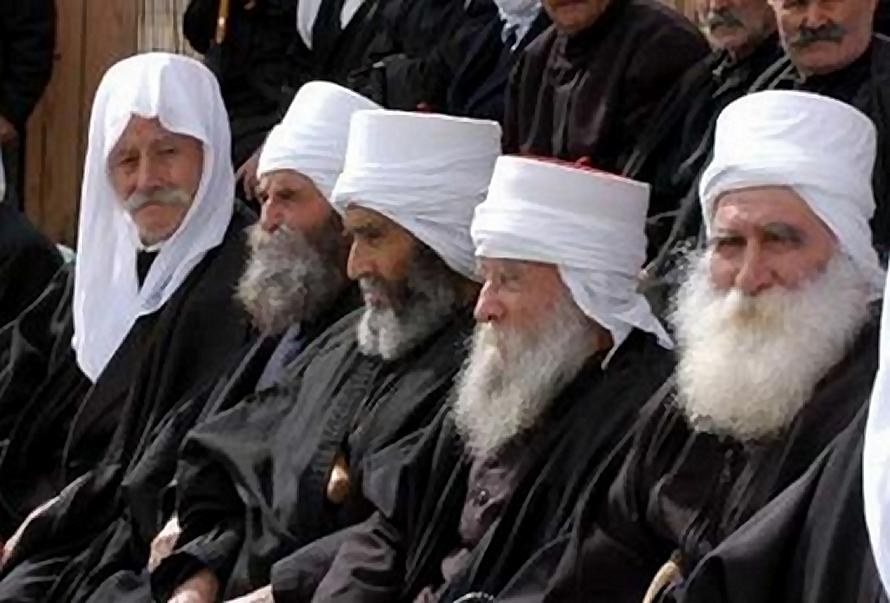 Druze elders from the Golan Heights (officially Syrian territory, but "annexed" by Israel). A plan approved by Israel's cabinet to provide half a billion dollars worth of assistance to Israel's Druze and Circassian minorities has been denounced by leaders of Israel's… Read more‘Divide and Conquer’ in Israel

BETHLEHEM — A plan approved by Israel's cabinet last week to provide half a billion dollars worth of assistance to Israel's Druze and Circassian minorities has been denounced by leaders of Israel's Palestinian community as a "divide and conquer" tactic. Israeli Prime Minister Benjamin Netanyahu announced the 2 billion shekel ($510 million) multi-year plan "for the development of the Druze and Circassian communities" at the start of the weekly cabinet meeting on Jan. 10. The plans followed the earlier announcement of a 15 billion shekel ($3.8 billion) five-year plan to address the gaps in access to infrastructure and discrepancies in rights between Palestinians with Israeli citizenship and their Jewish counterparts.

While it was not initially clear whether the assistance to the Druze and Circassian communities was included in this larger plan, Netanyahu warned separately that day that the larger plan for the development of other "Arab communities" was dependent on the implementation of a law enforcement plan alongside it. "I want to make it clear that nothing that has been done in various areas—infrastructure, tourism, education, trade, economy—can move forward if we do not address the question of enforcing the laws of the state of Israel in the Arab sector," the prime minister said.

The further security measures proposed by Netanyahu would target Palestinian citizens of Israel—who represent an estimated 20 percent of the Israeli population—but would, critics say, do so unequally.

Saudi Arabia carried out at least 157 executions in 2015, with beheadings reaching their highest level in the kingdom in 20 years—overwhelmingly for non-lethal offenses.

Israel to confiscate vast tract of land in Jericho

Israel is set to declare 1,500 dunams (370 acres) in the West Bank district of Jericho as "state land"—the largest such grab in two years, decried as a step towards annexation.