A Cambodian court convicted 23 unionists of inciting violence during a mass garment workers' strike but suspended their prison terms under international pressure. 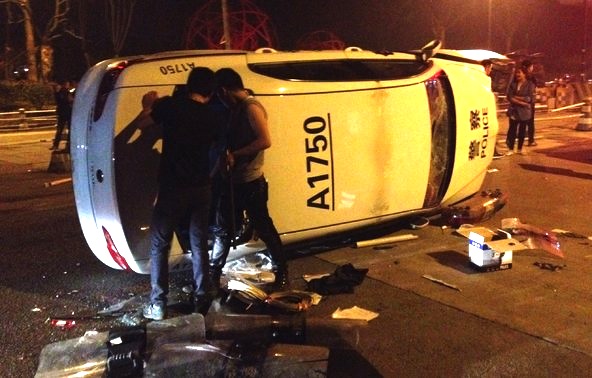 In March, to great fanfare, China's Premier Li Keqiang promised to launch a "war on pollution." But after last month's chaotic and bloody scenes in Yuhang, Zhejiang province, it seems more like the government has launched a "war on pollution… Read moreAnti-pollution protests shake Chinese regime

In March, to great fanfare, Premier Li Keqiang promised to launch a "war on pollution." But after this week's chaotic and bloody scenes in Yuhang, Zhejiang province, it seems the government has launched a "war on pollution protesters" rather than anything else. A massive crowd campaigning to stop a planned waste incinerator clashed with hundreds of riot police on May 10. The demonstrators blocking a major highway numbered 5,000, or even 30,000 according to some accounts.

Yuhang, which is 20 kilometers from the regional capital of Hangzhou, has seen largely peaceful protests on a daily basis over recent weeks. Plans to construct similar waste incinerators, which are clouded by concerns of increased rates of cancer, have met massive public opposition in other cities in recent years. According to one official source, the number of environmental "mass incidents" has risen by an average of 29 percent per year since the mid-1990s. Just one month ago the city of Maoming, in Guangdong province, saw thousands protest against a petrochemical plant, forcing the local government to "review" its plans.