Residents of western Baghdad’s al-Salam district say militant groups in the area are hunting down women and killing them, and have petitioned the Iraqi parliament for urgent action. “Over the past six months 15 women were killed in al-Salam neighborhood… Read moreSexual cleansing in Iraq

Iraqi port workers to strike in support of ILWU

From the General Union of Port Workers in Iraq, via US Labor Against the War, April 29: May Day Message from the Port Workers in Iraq to West Coast dock workers in the US In solidarity with the ILWU, the… Read moreIraqi port workers to strike in support of ILWU

On April 22, a riot broke out at the Mira Loma immigration detention center in Lancaster, Calif., which holds nearly 1,000 immigrants. The riot allegedly involved the South Siders and Paisa gangs, according to a detainee who spoke with the… Read moreICE detainees transferred after riot

JEET, WEST BANK — It was difficult for 87-year-old Jamil Khader to discover that nearly all of the 1,400 olive trees his extended family planted in February had suddenly gone missing, having been uprooted and stolen.

“He became very ill when I told him. He was hospitalised and was in bed for a week,” his son Khalil, from the small town of Jeet in the northern West Bank, told IRIN.

The family reckon that the trees were uprooted in March but they did not find out about it until 16 April, when they got to the land, which they do not do regularly because of its proximity to the nearby Israeli settlement of Kedumim.

“We only go to work the land in coordination with the [Israeli] military. I am afraid to go alone, as the settlers have pulled guns on me in the past,” Khalil said.

The family and aid workers blamed settlers from Kedumim for the missing trees.

“There have been many violent incidents against Palestinians in that area of the West Bank,” said Emily Schaefer, a lawyer from the Israeli rights group Yesh Din, which specialises in such cases.

“In the three years we have been operating, not a single [Israeli] was convicted for uprooting or damaging Palestinian olive trees,” she said, noting that from her research she was doubtful anyone had ever been brought to justice by the Israeli authorities for such crimes.

Jamil was born in Nazereth, in what is now Israel, in 1922. During the spring of 1948, as the first Arab-Israeli war waged, his family became refugees.

“We left Nazereth with nothing at all,” he said, retelling his life as a policeman with the British during World War II, a soldier with the Arab armies in 1948 and later as a police officer with the Jordanians when they ruled the West Bank.

The last job gave him enough money to purchase the plot of land near Nablus, which has become the family’s most important possession. They, like others, have become increasingly dependent on agriculture for their livelihood as harsh restrictions on movement have cut them off from their former jobs as laborers inside Israel.

“The olive trees and the other products from the land help support my family and my brothers and their children.”

With the local economy faltering, aid agencies had stepped in and tried to help: Of the missing trees, 1,000 had been donated by the International Committee of the Red Cross (ICRC) which said Jeet and the neighboring villages were especially vulnerable due to their limited land access and proximity to Israeli settlements.

“It is very disturbing to see that the farmers yet again have had their trees uprooted. Unfortunately it proves how difficult daily life is for these people,” Helge Kvam, a spokesman for the ICRC in Jerusalem, told IRIN.

This was, in fact, the fourth time in a decade that the village’s agriculture had been attacked. In the 1990s arsonists burnt down many hectares of olive trees. In 2005 another wave of violence destroyed most of the remaining trees.

In 2007 the Israeli Rabbis for Human Rights purchased and planted some 500 olive trees, hoping to improve the local economy. But over the following four months nearly all those trees were destroyed or uprooted and taken away.

With the ICRC donation now missing, residents feel at a loss and do not know if it will be possible to continue counting on agriculture as a source of livelihood, which was their fallback option.

In response to the incident, the Israeli military said it fell under the jurisdiction of the Civil Administration which in turn asked IRIN to contact the Israeli police. A police spokesman could only say that as the Palestinians had filed a complaint the case would be investigated, and suggested contacting the military. 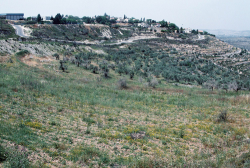 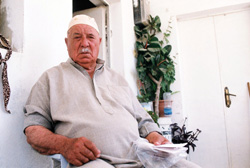 West Bank farmer Jamil Khader, 87, became very ill when he discovered that nearly all of the 1,400 olive trees his extended family planted in February had suddenly gone missing. Photo: Shabtai Gold/IRIN Back to story.

In 1924, after a dispute between the Dalai Lama and the Tibetan government, the Ninth Panchen Lama exited the region for China. After his death in 1937, his officials engaged a search for his successor. Traditionally, the new candidate needed to be confirmed by both the officials and the Dalai Lama. The Dalai Lama refused and the Panchen Lama’s officials forged an alliance with the GMD and then, after 1949, with the CCP, for whom he became a key ally.

This is an obvious parallel to the current dispute between Beijing and the Dalai Lama’s exile government over the 11th Panchen Lama. See:

His Holiness the 11th Panchen Lama of Tibet
http://www.panchenlama.info