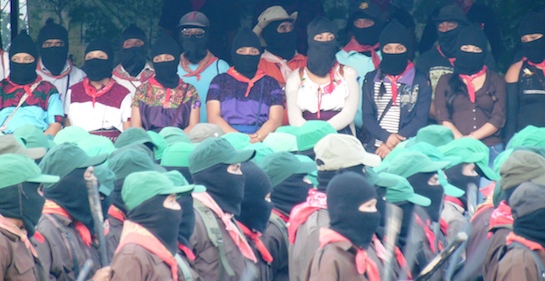 Speaking at a ceremony marking the 25th anniversary of their New Year's Day 1994 uprising in Mexico's southern state of Chiapas, leaders of the Zapatista rebels pledged their opposition to Mexico's new left-populist president, Andrés Manuel López Obrador. Anger was particularly directed at the planned "Maya Train" project, which would link the tourist resort of Cancún on the Caribbean coast with the Palenque archeological site in Chiapas, spearheading a new thrust of tourism mega-development. At the ceremony, held at the rebel-controlled settlement of La Realidad and dubbed the "Meeting of the Networks of Resistance and Rebellion," thousands of supporters from across Mexico gathered to watch Zapatista troops march in formation—although wielding symbolic bastónes (staffs) rather than rifles.