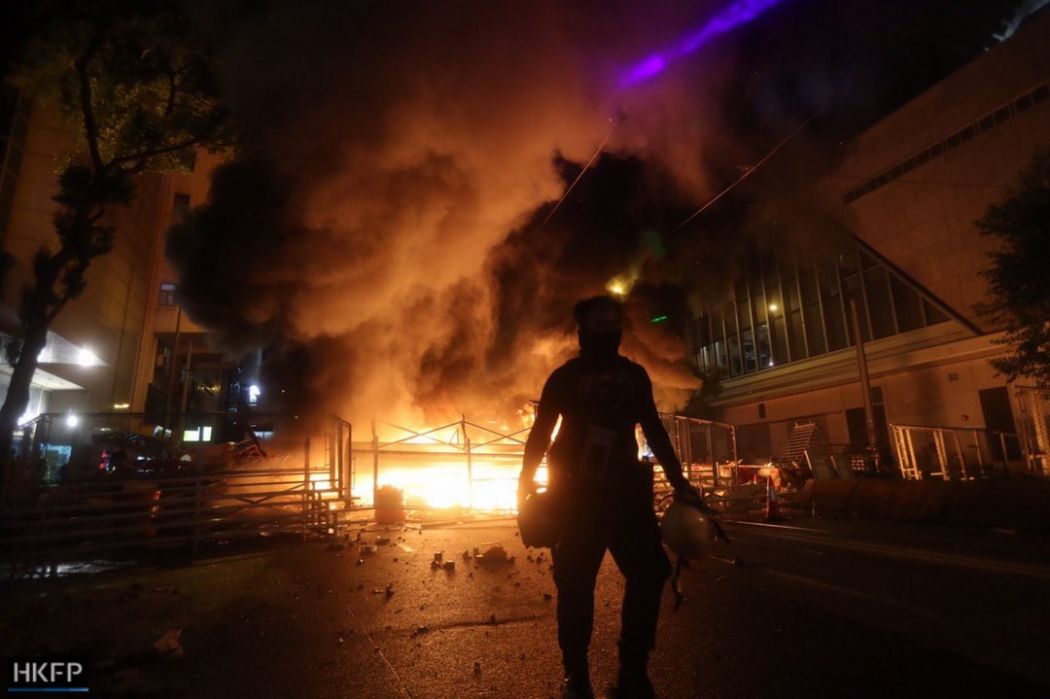 Hong Kong riot police used tear-gas, rubber bullets and water cannon to disperse protesters as tens of thousands marched in the city Aug. 31, defying a ban. Police fired live rounds over the heads of the crowd as “warning shots” in Causeway Bay. Some protesters set fires and threw Molotov cocktails and bricks at police lines. TV news footage showed riot police beating people with their batons inside commuter-train cars at Prince Edward station, with many passengers seen to be cowering and bleeding. In a first for Hong Kong, police water-cannon trucks fired dyed water at protesters near government headquarters in an effort to identify those who fled for later arrest. The Civil Human Rights Front, a coalition of around 50 pro-democracy groups, had cancelled a march scheduled for that day in response to the government ban, but many organizations pledged to carry on anyway—with some calling the march a “religious” procession in a bid to evade the ban. (HKFP, BBC News, NPR)

The march had initially been called to commemorate the fifth anniversary of Beijing’s rejection of an “universal suffrage” reform proposal that called for unfettered elections for Hong Kong’s chief executive. The police turned down the application citing the risk of violence and chaos. (SCMP)

Sweeps of protest leaders were carried out the day before the wildcat mobilization. Joshua Wong and Agnes Chow, from the Demosisto party, were arrested and charged, while party chairman Ivan Lam, who is not currently in Hong Kong, was charged in absentia. (BBC News) The arrests came as Hong Kong’s High Court is considering an election petition filed by Chow, who was barred from running in a Legislative Council by-election last year. (HKFP) Jimmy Sham, the convenor of the Civil Human Rights Front, was attacked by masked men wielding baseball bats two days before the mobilization, (Amnesty International) Taipei is urging China to provide information on the whereabouts of Taiwanese activist Archer Chen, who disappeared after joining the protests in Hong Kong earlier this month. (Bloomberg)

China’s official media are stressing how the protests are viewed unfavorably by local and global business and financial interests. The Hang Seng stock index in Hong Kong has plunged more than 10% in the past 30 days. (China Daily) Much of the protesters’ ire has been directed at the Kwok family and other pillars of Hong Kong’s development elite. (Bloomberg)