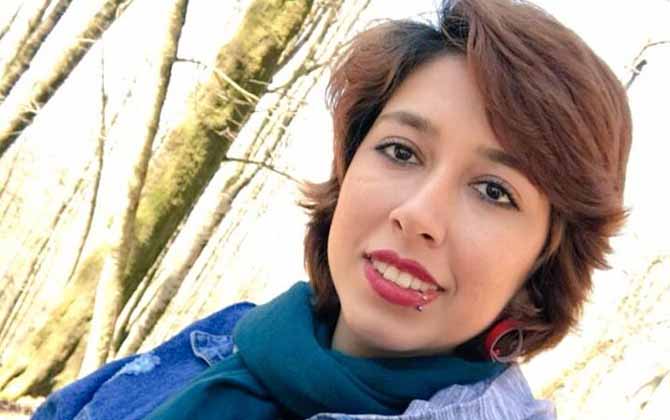 Saba Kord Afshari, a 21-year-old rights activist and an opponent of Iran’s mandatory hijab law, has been sentenced to 24 years in prison, according to her lawyer, who was informed of the verdict by Branch 26 of Tehran Revolutionary Court on Aug. 27, a full 20 days after her trial. She received 15 years for “spreading corruption and prostitution” (appearing in public without hijab), seven years and five months for “conspiracy to act against national security,” and one year and five months for “propaganda against the state.”

Kord Afshari was first arrested while attending a protest on Aug. 2, 2018 in Tehran’s Daneshjou (Student) Park, and was sentenced to one year in prison for “disruption of public order.” She was held at the notorious Evin Prison until she February 2019, when she was released as part of an amnety on the occasion of the 40th anniversary of the 1979 Islamic Revolution. She was arrested for a second time on June 1, at her parents’ home in Tehran. Before her arrest, she was preparing to take national university entrance exams. Her lawyer, Hossein Taj, said that he will appeal the sentence. (IranWire)

See our last posts on the politics of the hijab and the civil opposition in Iran.