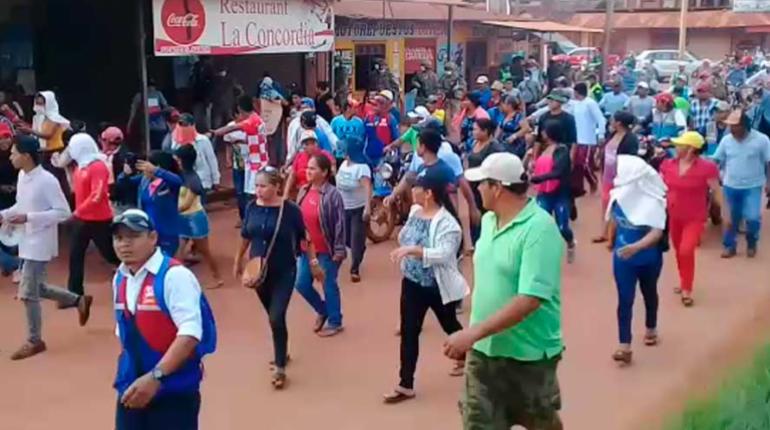 Ten days into a national “quarantine” declared in Bolivia, protesters are taking to the streets to demand food in working-class districts of cities across the country—in defiance of lockdown orders. Residents are calling for either greater flexibility in the lockdown, which has paralyzed the economy, or food distribution in their barrios. Street protests have been reported in El Alto, Cochabamba, Santa Cruz, Tarija, Trinidad and Riberalta. The government of interim leader Jeanine Áñez has pledged one-time payments of $60 for elders, the disabled, pregnant women and others with special needs. Her supporters on social media are portraying the protests as fomented by the ousted Movement Toward Socialism (MAS).

The “quarantine” is to last until April 15, with an option for the government to renew it. (Los Tiempos, Cochabamba, April 4; El País, Madird, April 2)

The government has also suspended the presidential elections, originally scheduled for May 3, in response to the COVID-19 crisis. The Supreme Electoral Tribunal (TSE) announced the suspension on March 21, with Áñez calling it a “tough but necessary decision.” No new date for elections has been set, but a postponement of up to six months has been broached. The Pact of Unity, a coalition of social organizations linked to the MAS, has pledged to protest the postponement. The TSE has disqualified exiled former president Evo Morales from running for a Senate seat in the election, saying he does not meet residency requirements—a decision that Morales assailed as a “blow to democracy.” Morales’ MAS reportedly did not an attend a March 19 meeting called by the TSE to discuss plans to postpone the election. (Anadolu Agency, March 22; InfoBae, March 20)

When the suspension was announced, there were 17 confirmed COVID-19 cases in Bolivia, and no deaths. The figure now stands at 139 cases and 10 deaths. (Página Siete, La Paz, April 3)

Concern is alo mounting for some 480 Bolivians who were working in Chile and were ordered home in response to the pandemic. They are now being held in 14-day quarantine at a makeshift camp that has been established at the border town of Pisiga. Their family members protest that conditions at the camp are overcrowded and unsanitary, without even sufficient access to potable water. (Los Tiempos, Los Tiempos, April 4)