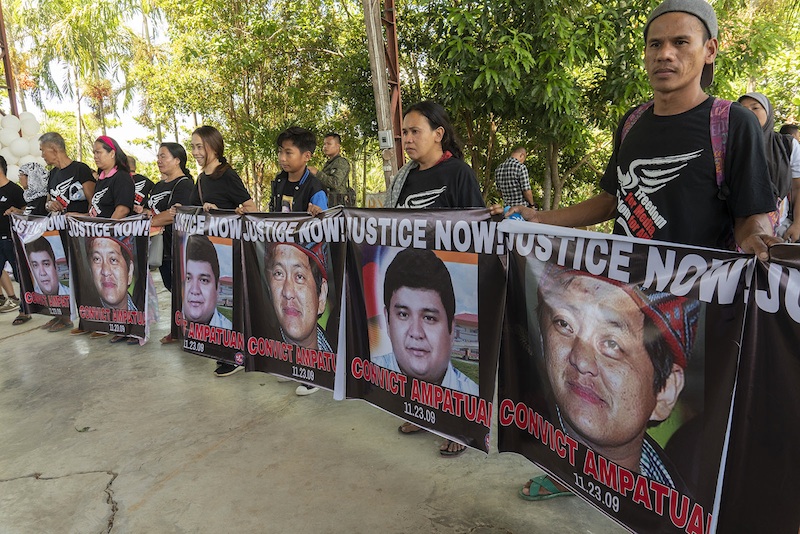 More than a decade after 58 people were killed in the worst case of election-related violence in Philippine history, Quezon City Regional Trial Court Branch 221 on Dec. 19 found Datu Andal Ampatuan Jr. and his brother Zaldy Ampatuan guilty of overseeing the Nov. 23, 2009 massacre at Maguindanao. They were sentenced to reclusión perpetua (40 years without parole). The pair were convicted on 57 counts of murder in the attack on a convoy that included journalists covering an opposition figure running for the governorship of Maguindanao province. Police said 58 people were killed in the massacre, but the body of the 58th victim was never found. Their father, then-incumbent governor Andal Ampatuan Sr., was arrested in connection with the case and died in prison while awaiting trial in 2015. The court sentenced a further 15 suspects, including several more Ampatuan family members and police officials, to between six and 10 years in prison as accessories to the crime.

Amnesty International called the verdict a “critical step towards justice.” However, it said the “search for justice is far from over,” and called for the government to “dismantle private armies that underpin the power of political clans.” Some 80 others named as suspects in the case remain at large.

Noting that 32 journalists and media workers were killed in the attack, the New York-based Committee to Protect Journalists welcomed the convictions. “While we regret it was a decade in coming, we hope that the landmark verdict heralds a genuine break in the cycle of impunity in journalist killings in the Philippines,” said Shawn Crispin, CPJ’s senior Southeast Asia representative. “Authorities should leverage this hard-fought precedent to pursue and achieve justice in all other unsolved media killings.”

President Rodrigo Duterte‘s press representative also welcomed the verdict, saying it was in keeping with the government’s efforts to protect the media from “violence, threat and intimidation.” But Duterte himself has in the past issued public death threats against journalists, as well as human rights activists. (BBC News, PhilStar, PhilStar, Rappler)