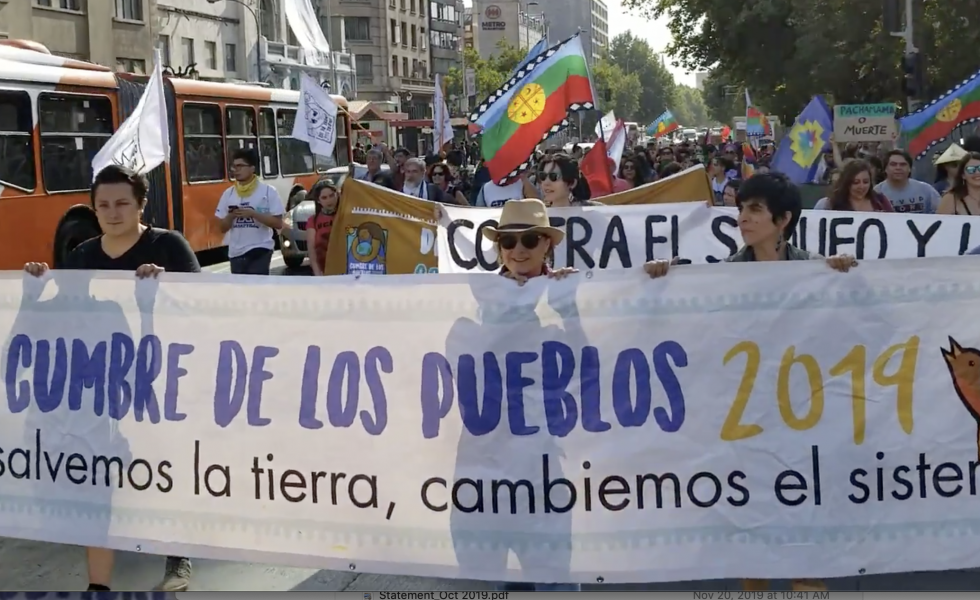 Nearly half a million demonstrators gathered in Madrid as the UN Climate Change Conference (officially COP25) opened in the Spanish city more than two weeks ago, with young Swedish activist Greta Thunberg the star of the show at a Dec. 6 mass rally. But despite being the longest climate summit yet, ending Dec. 15 after being extended two days, the affair ultimately amounted to little. Nearly 27,000 delegates came together with the supposed aim of finalizing the “rulebook” of the Paris Agreement, which is to officially take effect in 2020—settling rules for carbon markets and other mechanisms for international cooperation under Article 6 of the deal. But, unable to agree on terms for Article 6, delegates finally invoked “Rule 16” of the UN climate process—allowing them to put off the critical decisions for another year. This means there will have been no progress when COP26 is convened in Glasgow in November 2020. UN Secretary General António Guterres tweeted that he was “disappointed” with the results of COP25, and that “the international community lost an important opportunity to show increased ambition on mitigation, adaptation & finance to tackle the climate crisis.” (CarbonBrief, BBC News, BBC News)

Foreign Policy notes: “What was apparent at COP25 was a growing gap between smaller, developing countries and major powers, which resisted pressure to commit to emergency action and bolder emissions pledges before the Paris process is implemented next year. Smaller countries had hoped for a financial aid program for those, particularly island nations, already suffering the effects of climate change. That, too, will have to wait for Glasgow.”

Amnesty International said in a statement after the summit closed: “While the final COP25 decision recognized the urgency of enhancing climate action, it failed to set a clear obligation for states to come up with ambitious national climate plans in 2020 capable of keeping the global average temperature rise below 1.5°C. This shows a complete disregard for the human rights of people who will be most affected by spiking climate impacts. For millions of people around the world, the formulation and, above all, the implementation of strong climate plans simply means a difference between life and death.”

Amnesty also stressed the international gap that has emerged on the question: “Wealthy countries are responsible for the bulk of greenhouse gas emissions and have for years profited from them, while people in poorest countries are suffering most of the damages inflicted by the climate crisis. In Madrid, they had the opportunity to recognize this historic imbalance and accept their duty to pay for the devastation already wreaked by climate impacts such as cyclones, droughts and sea-level rise. Instead, they opposed the mobilization of new and additional resources to support affected people. This in practice means turning their back to the almost 4 million people who have lost their homes, livelihoods or access to public services in the two cyclones in Mozambique earlier this year, or to residents of Pacific islands in urgent need of relocation due to sea-level rise.”

Amnesty also raised questions about some of the proposed solutions that have now been put off for another year. “[W]orryingly, there was insufficient willingness from states to include explicit reference to human rights safeguards in carbon trading rules. Such guarantees are necessary…to ensure that negative human rights impacts can be assessed and addressed prior to adopting climate mitigation projects and that people directly impacted by carbon market projects have a say in shaping such measures.”

A UN-backed “carbon sequestration” program known as REDD+ sparked protests by indigenous peoples in Peru in 2012, who charged that it was being used to usurp their territorial rights.

Simultaneous with the Madrid summit, Chilean activists convened an international Summit of the Peoples, under the slogan “Save the Earth, change the system.” Its final statement included this admonition: “We reject the adoption of false solutions to climate change, which deepen the crisis and strengthen the model that generates it, such as carbon markets, hydroelectricity and other corporate-based energies, carbon sinks based on tree monocultures and agrofuels, industrial energy generated from forest biomass, incineration, geoengineering and hydraulic fracturing or fracking.” (Global Justice Ecology Project)