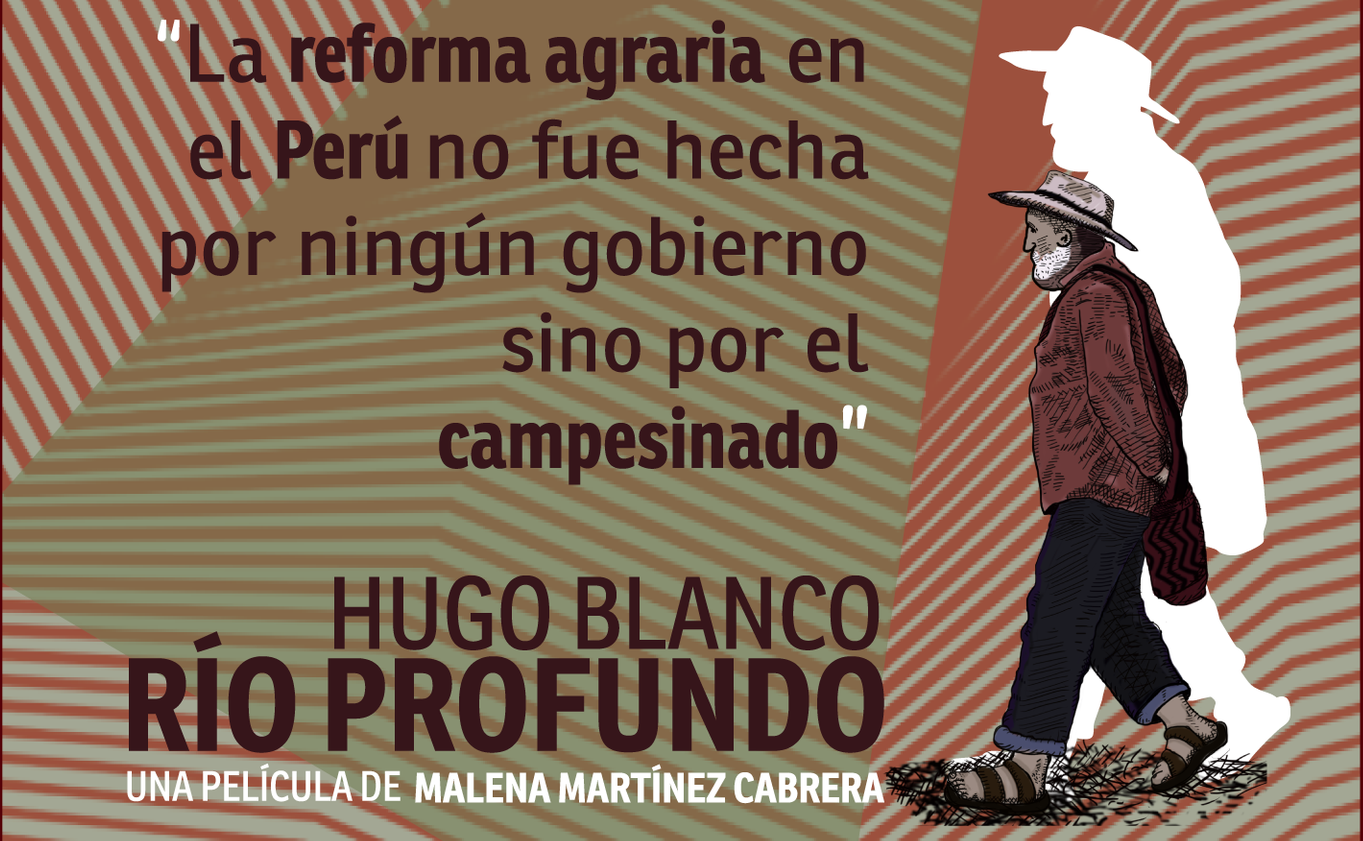 Supporters of longtime Peruvian social leader Hugo Blanco are protesting what they call a disinformation campaign launched by the military and political right in response to release of a documentary film about his life. The documentary, Hugo Blanco, Río Profundo, produced by filmmaker Malena Martínez, won last year’s National Competition for Feature Film Distribution Projects, sponsored by Peru’s Ministry of Culture. This has prompted a group of current and former generals and admirals of the armed forces to issue a joint statement accusing the Culture Ministry of helping to disseminate a film that glorifies “extreme terrorist violence.” In an implicit reference to the Shining Path insurgency, the statement said the film is “alien to the sentiment of Peruvians, who have suffered decades of violence and terror, reversed with much sacrifice from all of society, especially our Armed Forces and Police.”

The Culture Ministry seemingly capitulated to the pressure, issuing a statement not only disavowing any financial support for production of the film, but also emphasizing that it had been “financed by foreign funds”—an evident play to xenophobia.

Blanco’s daughter, Carmen Blanco Valer, protested the “virulent reaction from ultra-right groups against my father and against filmmaker Malena Martínez.”

Hugo Blanco, a campesino leader in Cuzco region, led a brief armed insurgency in the early 1960s, following a wave of repression by security forces against peasant land occupations. Imprisoned and later exiled, he returned to the country with the end of Peru’s military dictatorship to be a member of the Constituent Assembly that crafted a new constitution in 1978. He later became a senator with the United Left party. With the emergence of the Shining Path insurgency in the 1980s, he actually received death threats from the Maoist guerillas for refusing to support them. He again had to flee the country with Alberto Fujimori’s suspension of democratic rule in 1992, retuning with the second democratic transition in 2000. Now 86 years old, he today publishes the journal Lucha Indígena, and is a leading voice in support of indigenous, campesino and ecological movements in Peru.

An online petition has been launched in defense of Blanco and Martínez.