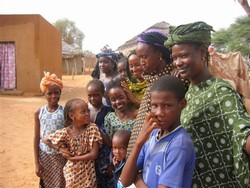 Since January, some 4,000 Black Mauritanians have returned home from Senegal, as part of an ongoing repatriation process run by the UN High Commissioner for Refugees (UNHCR). More than 25,000 Mauritanian refugees still wait in Senegal, having been pushed across the border in a wave of ethnic cleansing in 1989.

Ironically, the repatriation program has begun just as Mauritania is coming under criticism for its treatment of Europe-bound Black African migrants detained on its territory. A harsh detention center in the northern town of Nuadibu has become known locally as “Little Guantanamo.” Many of the 3,257 people who passed through the center in 2007 were dumped on the borders with Senegal or Mali without sufficient food or transport, Amnesty International charges.