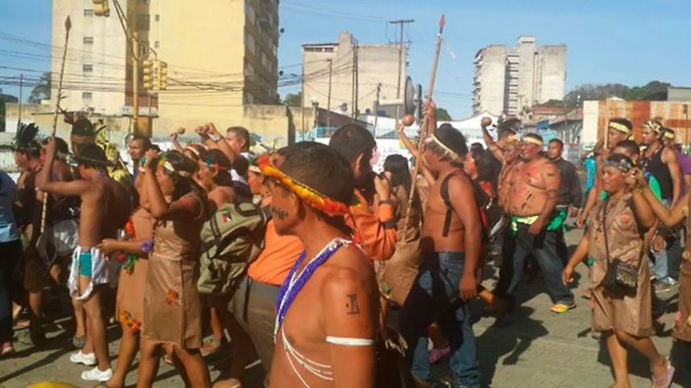 Donald Trump, the great enthusiast for dictators, suddenly develops a touching concern with democracy in Venezuela, grasping at the opportunity for long-sought regime change. Predictably overlooked in the world media's Manichean view of the crisis are voices of Venezuela's dissident left that takes a neither/nor position opposed to both the regime and the right-wing leadership of the opposition. Also unheard are voices of indigenous dissent and resistance. In an episode that received little coverage, December saw protests in the remote Orinoco Basin after a leader of the Pemón indigenous people was killed in a confrontation with elite Military Counterintelligence troops. The military operation was ostensibly aimed at clearing the region of illegal mining—while the Pemón themselves had been protesting the mining. The indigenous leaders view the militarization of the region as intended to make way for corporate exploitation under the Orinoco Mineral Arc plan.