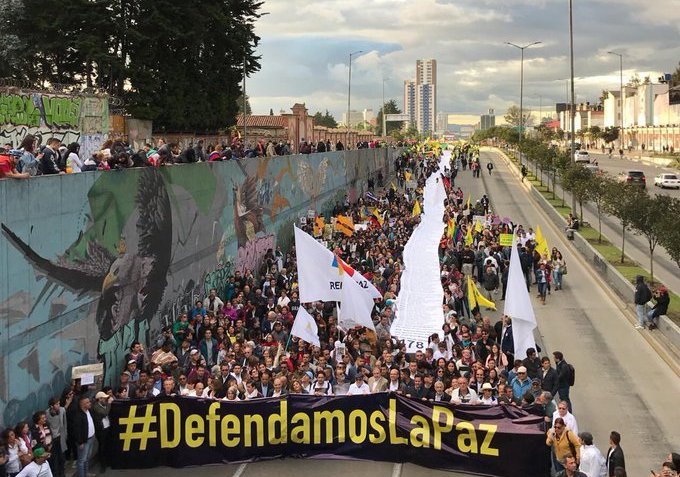 Protesters expelled Colombia’s President Ivan Duque from one of many marches that were held throughout the country on July 26 to protest the ongoing killing of human rights defenders and community leaders. More than 50 marches drew tens of thousands of people in the mass event organized by Defendamos la Paz, a civil organization that defends the country’s peace process that is opposed by Duque’s far-right party. Duque and his vice president Marta Lucía Ramírez attempted to join the march in Cartagena, but upon arriving at its gathering point in the city’s central plaza, they were chased off by angry protesters chanting “Assassin! Assassin!” (Colombia Reports, Pulzo, Contagio Radio)